Rees Lloyd on why it’s important to remember this day. 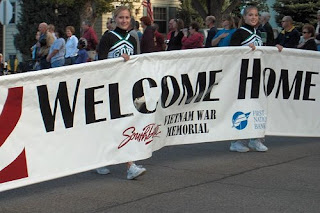 By Act of Congress two years ago, March 30 has been designated”Welcome Home Vietnam Veterans Day.”

This is belated recognition by Congress, and hopefully by the nation, that veterans of the Vietnam War should be recognized and thanked for their service and sacrifice in a war that John Kennedy, Lyndon Johnson, and Richard Nixon — and Congress– in each administration, sent them to fight.

It was a war started in earnest by the so-called “best and brightest” of John F. Kennedy’s administration, ironically idealized as “Camelot,” the Bay of Pigs debacle in Cuba and the Vietnam War lies later exposed by the Pentagon Papers notwithstanding; escalated by Lyndon Johnson’s utterly false claim of attack in the Tonkin Gulf (“Lyndon lied, children died”?); and ended by Richard Nixon, who first ended the giant anti-war demonstrations allegedly based upon the protestors’ moral outrage at the war, by ending the draft. 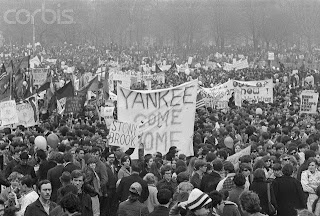 d and reviled rather than welcomed and thanked for service in a war the nation told them it was necessary to fight. Americans turned against the war — as Ho Chi Minh and the North Vietnamese Communist generals predicted.

But in turning against the War, many Americans also turned on the American men and women who served honorably in defense of their country in performance of a duty each took an oath to fulfill.

The Vietnam Veteran was the first veteran to be instructed not to war his or her uniform when returning home. A disgrace.

Almost all who served did so honorably. Any disgrace of the Vietnam War did not result from them, but from those who sent them to war, and those of their fellow Americans who not only turned their backs on them, but reviled them as “war criminals,” “baby killers.”

An example of such disgraceful vilification of the the Vietnam Veteran is the despicable John Kerry. Kerry served on a “swift boat” in Vietnam on active duty as a member of the U.S. Navy Reserves after four deferments and after being denied a fifth deferment. A politician even in Vietnam, he called himself “the second JFK from Massachusetts” and predicted he, too, would be president of the U.S. He carried his own video camera and had himself photographed in staged derring-do, to be used in his later political career.

Kerry first gained national attention by offering what has been proved to be false testimony before Congress of alleged “war crimes” by those with whom he served in Vietnam. When challenged by swift vote veterans to provide proof, Kerry could offer no cognizable proof of his charges. Nonetheless, the anti-Vietnam War media loved him, and he was so successful in his false propaganda that his picture was later prominently featured along with that of Jane Fonda in the “Hall of Heroes Museum” of the North Vietnamese communists in Hanoi honoring those who helped them achieve w 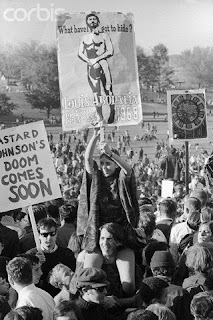 hat they call their “victory” over the United States in the Vietnam War. Kerry is the only nominee for President of the U.S. to be so honored.

Probably at any other time in American history, John Kerry would have been shunned, reviled, and disgraced forever by his false, unproved and improvable accusations of war crimes he claimed to have witnessed fellow veterans committing.

But, in the culture of the Sick 60’s that carried on to infect the 70’s, Kerry’s self-serving degradation of American veterans of Vietnam led not to disgrace but, rather, made him a leading figure of the Democrat Party, which made him Democrat Senator from Massachusetts and later Democrat Nominee for President of the United States.

Instead of Kerr y being disgraced, it was the ordinary soldier, sailor, Marine, Air Force or Coast Guard member, who served in Vietnam who was shunned, reviled, disgraced, for doing honorably what the nation set him or her to do in defense of the nation. It was as if the nation wanted to expiate its own sense of shame, even sense of “sin,” by vilifying those whom the nation sent to a war in Vietnam.

Now, decades later, the Congress repents, and calls the nation to repent for its shameful shaming of the Vietnam veteran by establishing the Welcome Home Vietnam Veterans Day to be annually observed on March 30.

There will be observances in many areas over the weekend and through Monday, March 28-30, mostly by veterans. Please join in the belated “Welcome Home.” Give to the Vietnam Veterans the honor they are do, for they served with honor. Call your local American Legion 20 Post, VFW Post, or other veteran’s organization to find out how you can help honor those who deserve to be honored

As for me, I am a Vietnam-era veteran but, like two-thirds in service in those years, I was never deployed and served where they sent me; in my case, stateside.

And, in recognition of “Welcome Home Vietnam Veterans Day,” allow me to salute and thank all of my comrade veterans of the Vietnam-era, particularly those who served in Vietnam, but all who responded to duty, whatever our personal views on the Vietnam War, when our country called us to serve in its defense. At the risk of getting sued by the ACLU, may I say, God bless you all.

Rees Lloyd, an attorney, is an activist in defense of Veterans rights