The Senate plans to give the 61% of the people who don’t want a government overhaul of health insurance a big Christmas present on Christmas Eve (when you’re not watching): Enslavement to the State. They are the Grinches Who Stole American Individualism. 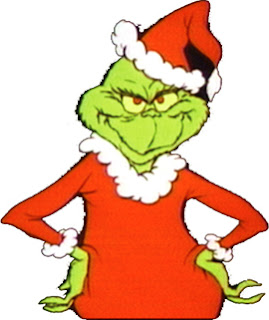 The left hates “big” business, the right dislikes too much government and the Democrats in Congress have decided on both for this health insurance bill. This isn’t about health care. This is about control and doing things for people in the NAME (only) of “helping” them. It’s like helping the kid who never has to work for anything in the household. If he grows up thinking it should all be handed to him he never appreciates what he’s got and assumes it’s his ‘entitlement.’

This isn’t helping people, this is helping to control them and make them dependent on the state. Where there is more government by definition there is less individual liberty.
Liberals say that conservatives haven’t joined the debate. When you’re not allowed to join the “debate” then there can be no swapping of ideas. Ask Senator DeMint.  But leave that point for a moment, conservative folks don’t like this overhaul because it changes a person’s relationship with their government. The far left loves this change; making people so dependent on the state that they’ll be in obeisance to it. But that’s not what this country was founded on. This country was founded on INDIVIDUAL LIBERTY with the foundation that government worked for the PEOPLE, not the other way around. Freedom is messy. People do all kinds of stupid things such as not buy insurance. For many, it is their own choice not to do it. For people who can’t afford it, we GIVE it to them. But the left doesn’t like people who don’t do what they want them to do. After all, they know what’s “best” for us because they’re so much smarter. Just ask ’em. 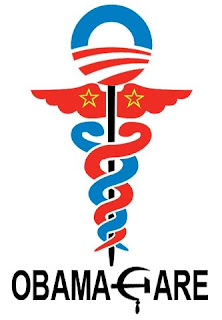 When you jack money from the so called rich to fund this debacle, you reduce the number of rich people paying the freight for everything else. And eventually so much money is taken out of EVERYONE’S paycheck that we, in essence, will work for the government.
Just ask the Canadian who called the show the other day and said his ‘free’ health care costs him $28,000 a year. So now he’s not only poorer but he’s a ‘subject’ to the technocracy.

Conservative minded folks (including the GOP) have offered up these fixes to the health insurance industry, which preserve choice, preserve individual freedom, and keep the government out of the doctor’s office:
1. Allow insurance companies to sell across state lines.
2. Reduce mandates on policies to allow a more cafe like choice for individuals.
3. Allow people to buy catastrophic policies.

The Democrats’ bills in the house and eventually in the Senate will include at least an entree to a government take over. This WILL happen. And what will that mean? It will mean that you will have no freedom to choose whether you buy health insurance; you will be fined and possibly imprisoned if you don’t. The ‘state’ will take the premiums out of your paycheck so you won’t even notice how much of it will come out of your check.

The Democrats claim this bill “bends the cost curve down.” This is such an absurd claim that I can’t believe anyone would buy it. I guess the Big Lie continues. The CBO says in the first ten years government costs will go down because they’ll just be taking taxes starting NOW and not paying out anything until 2014. The second ten years is when the program will begin to go in the crapper, just like social security, medicare and medicaid. If you think PERS programs are the programs that ate the budget (such as Oregon’s and California’s), then welcome to ObamaCare.

After this there will be nowhere to go for first world innovative science to cure disease because, if there’s no money in it, companies won’t do it. If there’s no reward for risk, why would they do it? Fewer than 10% of new drugs and innovations comes from government (according to ABC News quoting federal figures). That means 90% of the innovation comes from the private sector which these bills would kill.
People come to the United States for health care because it’s the best in the world. People from these European countries that have the health care the left touts comes HERE for the latest innovations. They come here for the machines and technological advances. It won’t happen overnight, but soon, thanks to the left’s tyrannical control tendencies, there will be no where else to go.

The left will play this vote on Christmas Eve as a great “present” to America. This will go down as the biggest enslavement of the American populace in the history of this country. They give us no prize. They are the Grinches Who Stole American Individualism.