They sell pictures of dead, bloody baby seals that haven’t been hunted for years; polar bears that are no where close to being, “endangered;” spotted owls who, instead of being hunted into endangerment by loggers, are being preyed upon by natural predator, the barred owl. They present global warming as being caused by SUV’s when warming (or cooling) isn’t remotely caused by man. Millions, no BILLIONS of dollars hang in the balance for the grievance group that can sell the disaster, sue to “stop” the disaster, make a buck on the derivatives (how’s business ManBearPig?) from the disaster. The truth doesn’t matter, because Environment, Inc., isn’t set up to tell the truth about the envirnoment, it’s set up to SELL GUILT about phony DISASTERS about the environment and hence keep the dollars rolling in to stay in the business of selling disaster about the environment.  It’s the biggest scam of all time. Think Enron meets Bernie Madoff. But this one is given a green cloak and sold as being altruistic. It’s a story told years ago by Sacramento Bee reporter, Tom Knudson. His seminal 2001 investigative series entitle, Environment Inc. (the series can be found here; it’s no longer on the Bee website), for the first time in the mainstream media made the obvious observation,

Although environmental organizations have accomplished many stirring and important victories over the years, today groups prosper while the land does not. Competition for money and members is keen. Litigation is a blood sport. Crisis, real or not, is a commodity. And slogans and sound bites masquerade as scientific fact.
Five other major groups – including household names such as Greenpeace and the Sierra Club – spend so much on fund raising, membership and overhead they don’t meet standards set by philanthropic watchdog groups.
It’s not just the cost of raising money that catches attention these days. It is the nature of the fund-raising pitches themselves.
“What works with direct mail? The answer is crisis. Threats and crisis,” said Beard, the Audubon Society chief operating officer.

And, Knudson found, the environmental groups were great at selling guilt and lies, but not too good at actually properly spending cash. He found that in 1999, the last year for which numbers were available when he wrote his series,

Six national environmental groups spend so much on fund raising and overhead they don’t have enough left to meet the minimum benchmark for environmental spending – 60 percent of annual expenses – recommended by charity watchdog organizations. Eleven of the nation’s 20 largest include fund-raising bills in their tally of money spent protecting the environment, but don’t make that clear to members.

And check out here how they file lawsuits and gauge the taxpayers. Read the part on how the environmental groups charge US taxpayers for talking to the news media. Apparently that’s legal work these days. Uh, huh.

And now (H/T Craig) we see that the latest numbers are out on the bottom lines of the green grievance industry. Human Events has amassed the numbers. It may not be “easy being green,” but if you’re selling green you’re making bank. The comments following the listing are all mine.
Top 10 Richest Green Groups

by Human Events
11/16/2009
Capital Research Center (capitalresearch.org) compiled this list for HUMAN EVENTS using the annual budget figures from the groups’ most recent publicly available tax returns. A 501c3 group is a general nonprofit and a 501c4 group is an advocacy nonprofit.
1. Nature Conservancy (501c3)
$910.7 million
The Nature Conservancy convinces land owners to give their land over to the conservancy to get a sweet tax exemption while they remain above the sod. The land reverts to the conservancy after you die. Sorry, kids! The spotted owls are getting your inheritance!
2. Wildlife Conservation Society (501c3)
$197.4 million
The WCS is saving seals and tigers and creating “wildlife patrols” to go out and stick it to the poachers. We don’t know if they’re saving anything endangered but the pictures on their website are really good. Holy crap, look what kind of bennies you get working for this “non profit” organization. Sheez, it makes
that hospital gig of Michelle Obama’s look downright common!
Benefits of employment include paid time off, health insurance, flexible spending accounts, 401(K) retirement savings plan and employer match, pension plan, and tuition reimbursement
3. World Wildlife Fund (501c3)
$169.5 million
Teresa Heinz Kerry helps support this organization which is tasked with “saving” polar bears. They also sport a clock on their website which counts down to Copenhagen. It’s like they’re keeping track of pay day…or something.
4. Environmental Defense Fund (501c3)
$122.8 million
The slogan on their website reads: Don’t let corporate polluters and special interests hijack America’s clean energy future. Sure. Let’s let the corporate green grievance groups hijack the message about America’s clean energy future which should include drilling and nuclear power. They make bank filing lawsuits.
Oh, and look:
Environmental Defense Fund is an Equal Opportunity Employer.
Somehow I doubt that.
5. Natural Resources Defense Council (501c3)
$108 million
The earth has another high fallutin’ litigator. But these guys claim to be the, “most effective environmental group.” They’ve got jobs, jobs, jobs available! Dude, the gig must be worthwhile because it includes health care, vision, dental, life insurance and, if you stay there for 15 years, a 14% match on your 401k. Sweet! Life is good in the environmental movement. No word about the baby seals, however.
6. National Audubon Society (501c3)
$92.7 million
I loves me some birds–I’m a member of the local Audubon Society–but their claim about global warming is, well, alarming, 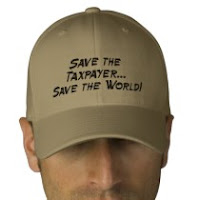 “Global warming is the biggest environmental threat of our lifetime. The time to act is now!”
Can we just worry about the nuthatches and titmice and stop with the phony hype about global warming? That smokestack picture is pretty hot, though.
7. National Wildlife Federation (501c3)
$90.1 million
This organization claims to want to protect wildlife, “for our children’s future.” They put out the crowd pleasing Ranger Rick magazine. I see they’ve gotten the memo on global warming. Here’s what it says on their webpage:
“Global Warming is the single biggest threat to wildlife today. Global warming is happening faster than predicted even several years ago, with many natural systems already seriously impacted.Overwhelming scientific evidence supports reducing carbon pollution that causes global warming as much as possible and as quickly as possible.”
I’m sorry Ma’am, but the data on the MiG is inaccurate.
8. Sierra Club (501c4)
$81.8 million
A few years ago the Sierra Club got into some political trouble when it came out against illegal immigration. Of course they were right about illegal immigration, but not for the reasons they cited. See people like me just think illegal is illegal, but the Sierra Club said too many people would use up too many resources. They’d probably be happy if we all killed ourselves or something, but eventually they retreated on their impolitical viewpoint. Now they just beat the drum about global warming, et al, and have moved into the environmentalism-as-social-justice movement.
9. Sierra Club Foundation (501c3)
$29.9 million
The foundation is where the magic happens. They’ve got fewer dollars than big mama SC 501c4, but this organization gives grants and opines on great things like man made global warming and clean energy. They even boast a Portlander on their board,
Michael McCloskey, Portland, Oregon; Retired Sierra Club Executive Director
10. Greenpeace Inc. (501c3)
$26.3 million
It’s surprising that Greenpeace is 10th on the list. Considering they have hot and cold running beggars on every street corner in downtown Portland you’d think they’d be making serious bank. But, apparently they’ve caught their limit of clueless college students and people who sign up just to shut them up. ESPECIALLY when they find out that they’ve just given these altruistic, philanthropic, seal loving, PREDATORS access to their checking accounts. And…big green uses that access. Oh, yes it does.
Try getting out of your Greenpeace “membership.” I double dare you. Amway’s got nothing on this group.
Tell ’em where you saw it. Http://www.victoriataft.com