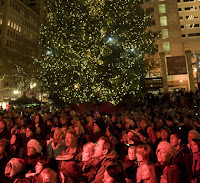 Maybe if City of Portland leaders saw the potential climate impact of vaporizing tens of thousands of citizens public safety might be made a higher priority around here. Imagine the climate impact of thousands of human beings simultaneously releasing their carbon at the same time! That could be bad for our vaunted carbon output.
Recently local officials ballyhooed the latest climate action plan (here) and how Portland has reduced carbon output by 15% since 2000 (here).
Can you imagine how-shot-to-heck those numbers would have been if an explosion had released all that carbon, CO2 and methane (the latter being greenhouse gases) at the same time? Well, we’ve run the numbers…

Assuming an average body size of 175 lbs and the fact that 18% of humans are made up of carbon, that explosion would have emitted  850,000 lbs of carbon immediately into the atmosphere. They should think about the ramifications on our planet if all those people expired at one time. 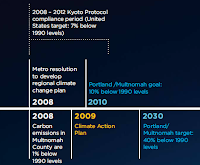 Even though living people do emit many tons of carbon over a lifetime (which explains why the environmental groups keep agitating for fewer people: forced sterilization, abortion, euthanasia, and, believe it or not, less immigration into the US), if we could persuade them that hippy dippy Portlanders would make every attempt to live cleaner or buy indulgences from Al Gore to make up for their carbon output they could see the wisdom in keeping people alive.

And let’s face it: city leaders have joined every cockamamie climate research group, foundation, “keeper” confab, bicycling-light-rail-food-desert-organic-local-bike-box organization. So maybe if we can make the case that blowing up people would be bad for the planet they’d sign on to a group whose purpose is to keep PEOPLE safe, you know, like the JTTF or something!