Or. AG Attorney Not Found to Have Committed "Criminal" Act Against Hood River Juice Co. 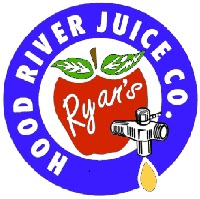 It pays to have “juice” but just not the kind sold by Hood River Juice Company.

News Release from: Marion Co. District Attorney’s Office
GRAND JURY COMPLETES BRENT FOSTER INVESTIGATION
Posted: December 17th, 2010 12:34 PM
A Marion County Grand Jury completed an investigation today into the actions of former Oregon Department of Justice Assistant Attorney General, Brent Foster, in relationship to his role in the environmental crimes prosecution of David Ryan and The Hood River Juice Company.
Over the course of several months, the Grand Jury met to take testimony from several witnesses and review documents related to Foster’s actions.  Among those who testified were Rachael Pecore, formerly employed by Columbia Riverkeeper, Brett VandenHeuval, current director of Columbia Riverkeeper, and his spouse Beth Hoezee.  All three were present with Brent Foster during a water sampling test taken near Hood River Juice property in October 9, 2009.  That sampling and Foster’s conduct following that test were the focus of the investigation.
The Grand Jury found that while Foster was untruthful with both his colleagues at the Department of Justice and his employer regarding his role in the sampling, such dishonesty did not rise to the level of criminal activity. The sworn testimony from witnesses and the evidence examined by the Grand Jury did not merit a criminal indictment.
Potential charges considered by the Grand Jury included Tampering with a Witness and Tampering with Physical Evidence.  Tampering with a Witness is a Class C Felony and can result in a maximum of five years in prison and a $125,000 fine.  Tampering with Physical Evidence is a Class A misdemeanor and can result in one year in jail and a $6,250 fine.