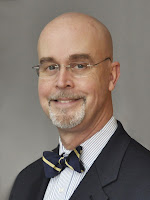 As readers will recall, Independent Forensic Accountant Tiffany Couch raised a few eyebrows and caught the attention of legislators, business owners and taxpayers when she released her independent analysis of the CRC’s handling of taxpayer dollars so far. The release of her report, covered here showed several irregularities in just how monies have been spent and accounted for, leaving several questions unanswered.

As could be expected, CRC supporters began dismissing and marginalizing the Independent Forensic Analysis almost immediately with the Columbian, a long time cheerleader for the project publishing numerous articles in favor of the CRC, including supposed benefits to the community.

Most notably among the long time supporters is Democrat 49th legislative district representative, Jim ‘da candyman’ Moeller stating, “In a project of such huge scale and complexity, at least some errant billing and bookkeeping is inevitable,,, I’m not worried that there has been fraud or malfeasance at any step along the way,,, the project has operated transparently.”

Moeller went on say, “I think that Tiffany is doing the job she was hired to do, and that’s stop the project.”

Of all of those wishing to minimize what Ms. Couch uncovered, ‘candyman’ seem to be the most critical of her personally and his cavalier attitude over accounting irregularities has not set well with the community, prompting letters to the editors of the Columbian here, here and here.

The last link is to an LTE by small business owner Dave Joliette of Vancouver who finds Moeller’s cavalier attitude completely unacceptable and expressed more than what the letter published can show due to limitation on length of all letters submitted to the Columbian.

Dave sent me a copy of his original letter to the editor last week and knowing that the Columbian declines to publish LTE’s posted on blog sites (yes, they monitor us), postponed mentioning it, deferring to the Columbians much larger subscribership.

As I said, Dave had to edit his letter to come within the papers guidelines. Although his edited version gets his point across on Moeller’s attitude being “dismissive and arrogant,” I feel his initial thoughts, in full, deserve airing as well.

I WOULD LIKE TO RESPOND TO MOELLERS COMMENTS IN THE COULUMBIAN REGARDING THE BLISTERING REPORT BY TIFFANY COUCH ON THE CRC.

THIS IS A QUOTE IN THE COLUMBIAN…

People like Jim Moeller state “In a project of such huge scale and complexity, at least some errant billing and bookkeeping is inevitable.”

…MR. Moeller you were elected to represent the public in the 49th district. That means honesty and INTEGRITY… I REJECT that in a huge project some errant billing and bookkeeping is inevitable. IN FACT IN A BIG PROJECT ACCOUNTING PROCEDURES ARE EVEN MORE IMPORTANT, SO AS TO MAKE SURE no one is scamming the money by a lack of proper audit trails.. This remark clearly illustrates lack of understanding of the most fundamental theory in accounting procedures. For example the FEDERAL GOVENMENT did an audit on a company, and there were improper accounting practices and they could not ascertain revenues and expenses in proper accounting format, upon which to figure out tax. Do you think for one one millionth of a micro second this response would be an acceptable for not paying tax revenue to the Feds? Certainly this is not an acceptable explanation and is a misquote. If it is not, then you should submit your resignation immediately, as you are not capable of understanding the importance of accuracy and transparency in public money. PLEASE REMEMEBER THIS IS PUBLIC MONEY. IF YOU WORKED AT A PUBLICY TRADED COMPANY AND this was an answer to a FORENSIC accountant one would not have time to clear out one’s desk. Those same skills could allow however for a job as the CFO of Enron.

Tiffany Couch who wrote the BLISTERING report is a FORENSIC CPA. Any idea how tough that major and exam are? This is a 150+ million dollars so far, and this response indicates exactly why the government has a 15 trillion dollar deficit. I find this remark absolutely terrifying.

Dave is correct. Expressing such a cavalier attitude that some “errant billing and bookkeeping is inevitable” is completely unacceptable from a “public servant.” Jim Moeller isn’t supporting spending his own money, but ours. It is money collected through our taxes, fees and rates paid to the government for the public interest. We are owed proper accounting, oversight and transparency so taxpayers can be assured our dwindling tax dollars are utilized in the best manner and are not misappropriated, even inadvertently.

We in Washington State see our own $1.5 Billion budget gap sitting up in Olympia, apparently not being worried about while the legislature instead pushed homosexual marriage, banning plastic bags, raising taxes on tobacco, or writing bills to ensure Girls Volleyball teams are treated more fairly.

Is it any wonder we have seen $150 Million spent so far with nothing to show but assurances of tolls, higher taxes and an elected ruling class addicted to our money?