Does Ron Wyden Live in Oregon? Good Question. Why Did the Oregonian Attack Me Instead of Answering It? 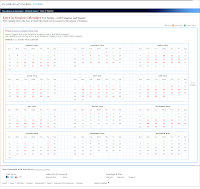 What an interesting week. Last Saturday the Zero ran a story (here) about whether Ron Wyden actually spends much time in Oregon anymore or with his family at their home in New York. The newspaper of record noted the persistent stories, whispers, comments, blog entries and facebook comments questioning how much time the Senator from Oregon actually spends here. I’d been hearing and reading the same stuff, mentioned it on the air and asked Wyden’s Senate opponent, Jim Huffman, about it (Wyden has never accepted our invitations to come on). But only one source was in the story named: me.
This was such a speculative and poorly reported story that I wondered why they bothered naming anyone. The question was answered on Thursday with an editorial denouncing me (and Huffman) (see it here). It looked like the Zero simply wrote a Tuesday set up piece just to knock me down on Thursday. Or it could be, as I’ve been told, that Wyden was angry about the first story and demanded the Zero fix it. The way one might “fix” it was to attempt to discredit me. The editorial attempted to do this with an ad hominem infused screed that, when I first saw it online, mistook for a poorly crafted op ed by a George Soros paid lackey.
But if you bother to do the story on whether Wyden actually lives in Oregon, don’t you bother to try to find the answer?


The Zero pretends to. There’s only one person quoted in the story: Wyden’s spokesman. No one else. The Zero just took his word for it. The Zero never reports it saw Wyden’s schedule, only that Josh Kardon says the Senator spent a lot of time on official business in Washington, DC and Oregon.
Wyden’s spokesman says that:

Wyden vacationed in Oregon the last two summers.
Wyden and his new family have favorite spots in Portland–like the swings in Washington Park just steps away from his house.
Wyden remodeled his house in 2007 after the birth of his twins to accommodate kids.
Wyden now lives in a condo.
Wyden doesn’t own a home in New York (the Zero doesn’t bother to report that his wife owns it).
Wyden doesn’t LIVE in New York.
Wyden has spent 96% of his time “on official Senate business” in Washington, DC and Oregon.
The Zero doesn’t report if it asked: 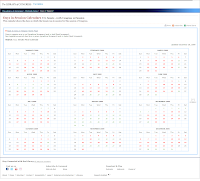 Gee, what IS official Senate business, anyhoo? We did what the Oregonian should have done and actually called the Senate on Friday. We called three committee staffers (including the Rules Committee) and Wyden’s office but have yet to hear back. However we did check the Senate calendar for both 2009 and so far in 2010, something else the Oregonian should have done.
If you subtract the weekends and look at those red days on the calendars, 96% of the work days equals 104 days that Wyden’s spokesman says the Senator spent in either Washington, DC or Oregon. So he spends twice as much time somewhere else. New York, maybe?
In the subsequent editorial, the Zero calls me alternately a radio propagandist, polemicist and panderer. Here’s an example:

But this is mainly Huffman’s fault for not calling radio polemicist Victoria Taft, and others of her trade, on efforts to inflate a non-issue into a persistent but baseless canard. Consider this Aug. 31 exchange, for example, between Huffman and Taft on her radio show:

They go through the Q & A between me and Huffman and call it pandering.
So now the subject of their own story is pandering. What do you call it if you pretend to investigate said pandering by reporting only the Wyden spokesman without checking the story yourself? Is that called…pandering?
If you write an editorial to fix perception from a news story because a Senator or his aides asked you to is that called…pandering?
And then they wrap Wyden in motherhood and apple pie by saying,
Of course, it is fair to ask Wyden whether he can do a good job of balancing the challenges of a family, marriage and career in order to represent and lead Oregonians in the United States Senate. Balancing those priorities would be difficult for anyone. Just ask working couples in Beaverton, ranch families in Baker County and single moms in Springfield.
I think that’s an excellent question for a human interest piece. So why didn’t they ask it?
Perhaps I could give them some tips. I’ve given birth, I have a career, I’ve got kids, I’ve juggled with a husband who has traveled alot through our marriage. Guess their own polemicist didn’t think of it except when it burnishes the reputation of the guy they’re pandering to.
I think a better line of questioning for St. Ron is to ask him why he provided the last vote for ObamaCare which saddled our nation with more debt, higher health care prices, left thousands WITHOUT health insurance and will end up putting thousands of people out of work. That’s a better question.
How about confronting this question squarely: Why did you then cynically ask for a waiver from this monstrosity for Oregon? If you know how corrosive it is why did you sell out? See, I think that’s a better issue.
But the Zero would rather spend time castigating me for questioning Won Won on where he spends his time.
But Since the Zero IS making such a big deal about it…
Does Ron Wyden live alone in Oregon or does he live with his new wife and their toddler aged children –his family–in their home in New York?
You can spend your time calling me names or you could actually answer the question.
Tell ’em where you saw it. Http://www.victoriataft.com