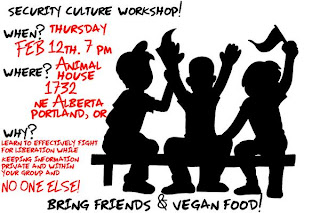 Perhaps groups run by Matt Rossel to the right and like the one touted below here will have to watch themselves and their constant threats to legal businesses.

It’s a law passed too late to help the Schumachers, but maybe Ungar Furs will be aided by the Animal Enterprise Protection Act. It seems to have helped keep the bad seeds in the SHAC 6 gang in prison. Here’s a passage from a law.com article about the decision yesterday:

Writing for the court, 3rd Circuit Judge Julio M. Fuentes found that SHAC used its Web site to invite its supporters “to engage in electronic civil disobedience against Huntingdon and various 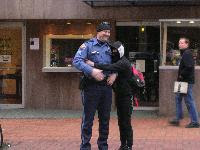 Electronic civil disobedience, Fuentes noted, “involves a coordinated campaign by a large number of individuals to inundate websites, e-mail servers, and the telephone service of a targeted company.” It also includes the use of “black faxes” — repeatedly faxing a black piece of paper to the same fax machine to exhaust the toner or ink supply. 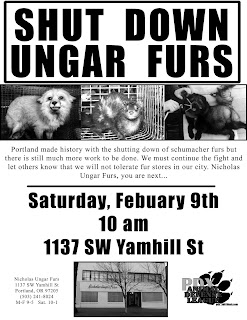 so found that while SHAC’s organizers claimed on the Web site not to endorse any illegal activities, they had actually orchestrated illegal cyberattacks and harassment.

As a result, Fuentes said, the group’s Internet activities were not merely political speech, but instead qualified as “true threats,” which removes any First Amendment protection.

The 60-page decision marks the first time any federal appeals court has heard challenges to AEPA.

But a dissenting judge said that although he agreed with his colleagues that the law passed constitutional muster, he would have overturned all six convictions because the prosecutors failed to prove that the activists had conspired to commit the precise act the AEPA criminalizes — “physical disruption to the functioning of an animal enterprise.”

Instead, Judge D. Michael Fisher said, the government’s evidence proved only that the six had “conspired together to put economic pressure on Huntingdon to close its facilities by targeting companies that did business with Huntingdon, as well as their employees, and furthered this goal through a campaign of intimidation and harassment.”