A Former Member of the Professional Planner Class Speaks Out on Parking Scandal, Light Rail, Fascism

I find the whole Ellis McCoy parking scam story amazing. What is amazing is that I think the city of Portland is one of the most corrupt and nepotistic city governments in America and the residents are too stupid to realize it. Ellis McCoy is a person who inherited his well-paid position by virtue of the power of his father and mother. It is that simple. He was part of the Portland institution of giving people jobs that don’t deserve it on merit. People are given jobs based on nepotism.

I met once a month for some 10 years with Mayor Vera Katz. I was part of her Growth Management Committee. We met in the Rose Room to talk about the future of the city. When she left office, and at our last meeting, 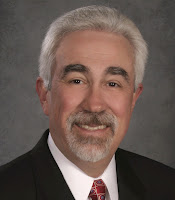 she asked me if I was going to apologize for my behavior. By that she meant that in those meetings I would speak up and say things were wrong.

In 2007, I was a finalist for the position of director the Bureau of Development Services. The day before the interview I withdrew. I told them that in all good conscience that I could not work for a person like Randy Leonard or for such a corrupt city. In all fairness, I did apply for the job. But at the end of the day, I just could not compromise my principles for more money.

I am now semi-retired and a doctorate student at Washington State University. My doctorate is in “organizational development” in the public sector. I have a Masters degree in Public Administration from Lewis and Clark College. I also have been a public sector manager for over 30 years. I was Metro’s planning director and helped build the first regional solid waste management system, the first regional parks system (Greenspaces) and the first regional land use plan. I served under two Governors during the last recession (Atiyeh and Goldschmidt) and helped rebuild Oregon’s economy. So I dedicated my life to good government in Oregon.

Mayor Sam Adams said about this incident that “This is a city and a state that prides itself on, you know, clean government.” That is not true. These people are morally bankrupt ideologues. To say they are socialists would be to underestimate them. I am fine with socialists and capitalists. These people are fascists. They force you to do their bidding.

For the record, I never lived in the city of Portland or in Multnomah County because the politics were so corrupt. I left Oregon in 2000 and moved to Clark County, Washington. I did so because I could no longer stomach Oregon politics. I wanted a better school system for my daughters. I wanted to live in a place where there was real “clean government.”

An Oregonian reporter once called me the “contrarian planner.” He was right. In Oregon I never bought into the fascist belief system of the city of Portland or Multnomah County. So I moved on. And I am very happy I did. I live in the rural area on 21 acres; I have three horses, a John Deere tractor, a Dodge Ram truck and three miles of trails. It is a very good life, a good place to raise kids and light rail will never get here.

Richard Carson is a doctorate student at Washington State University. He is a former planning manager for the state of Oregon, Metro, Oregon City and Clark County Washington.