A Challenge To The ACLU: Sue To Abolish News Year’s Day as an American Holiday 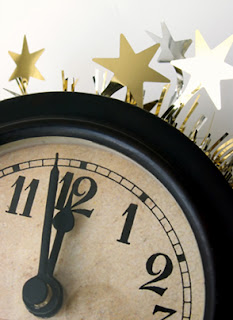 It occurs to me that one of the lamentations and rationales of the ACLU and the other fanatical liberal secularists in calling for abolition of recognition of “Christmas Day” as a National Holiday (and generally, in favor of “Winter Holiday” ), is that it recognizes a “Christian Holy Day,” which is not recognized by Jews, Muslims, and others.
Thus, it is claimed by the ACLU and choirs of angelic liberals to be an “offense,” and unconstitutional under the Establishment of Religion Clause, for Americans to celebrate “Christmas Day” in the public square.
This manifestation of creeping state fascism has been carried to the utterly ludicrous extent that the 9th Circuit Court of Appeal has upheld a lower court decision in Washington which ruled in favor of an ultra-liberal (i.e., liberal-fascist) school administrator who banned the instrumental playing of “Silent Night.” The 9th Circuit thus establishes for the eleven western states in its jurisdiction, including Oregon, the rule that not only singing the words of “Silent Night,” but merely playing the music of “Silent Night” on instruments is “verboten!”
But, the same rationale of the ACLU vis-a-vis Christmas Day recognition and celebration is also true of New Year’s Day. The Day we recognize in America and Western Civilization as beginning the New Year has its roots in Christian culture. “January 1” is not the Jewish New Year. It is not the Muslim New Year. Nor the Chinese New Year. And so on.
Therefore, if it is unconstitutional in violation of the Establishment of Religion Clause for government bodies to recognize and celebrate Christmas Day in the public square, is it is not equally wrongful for governmental bodies to recognize January 1 as New Year’s Day, a National Holiday (old spelling, “Holy Day”), to be recognized and celebrated in the public square?
Further, it is hard to believe that there is not one person in America, who is”offended” that January 1 is declared New Year’s Day. The ACLU has established that all it takes is one “offended person” in the modern American judicial system to sue and thereby establish a precedent finding a time-honored American tradition to be in fact a violation of the Establishment of Religion Clause. The ACLU established this “offended person” doctrine in its attacks on veterans memorials at which Americans have chosen to use the symbol of a cross to honor their war dead and other veterans as a universally recognized symbol of selfless service and sacrifice for others. It is but one “offended” atheist who brought on the ACLU’s 20–year attack on the Mt. Soledad National Veterans Memorial Cross Case, and one “offended” former federal bureaucrat, Frank Buono, now retired in Oregon, who claimed he was “offended” by the presence of a cross at the Mojave Desert Veterans Memorial and brought on ten years of litigation which is now in the U.S. Supreme Court.
Thus, the utterly loosed-from-common-sense secular fanaticism of ACLU evidenced in its attacks on the Mojave Desert Veterans Memorial (established by veterans in 1934) and Mt. Soledad National Veterans Memorial (established in 1954, by veterans), indicates that it would be no less fanatical and indeed consistent for the ACLU secular extremism to launch a law suit to stop New Year’s Day being recognized as a National Holiday.
Shouldn’t it be obvious that New Year’s Day, like Christmas Day, must be be abolished in the new era of liberal-fascism epitomized by the the ACLU, which has become the Taliban of American liberal secularism?
It must be asked: What is holding the ACLU back from suing to abolish January 1 as a National Holyday, New Year’s Day, rooted in Christian tradition, using the same “separation-of-church-and-state” legal arguments it has used in Establishment of Religion Clause litigation attacks to destroy Christmas Day and Christmas Celebrations generally in the public square, or to destroy the singing and even instrumental playing of “Silent Night” and thus other “Christmas Hymns,” or to destroy veterans memorials?
Could there possibly be an element of sheer hypocrisy on the ACLU’s part? The ACLU suing when it thinks it can get away with it, and collecting attorney fees from taxpayers upon order of liberal judges, but staying its hand when it believes that Americans will finally rise up in anger and fight back against the ACLU’s incremental attacks on the American heritage, including its religious heritage, with the same determination that veterans are fighting against the ACLU’s attacks on veterans memorials?
Here’s a challenge to the ACLU as the new year dawns:
“ACLU: Be true to your convictions, be consistent–sue to abolish recognition of January 1 as a National Holiday, New Year’s Day. Show your true colors. Be proud. Don’t cower in fear of the the backlash you might trigger if you were in your audacious arrogance to be consistent and sue to abolish January 1 as New Year’s Day. Do it. Sue to destroy New Year’s Day as you have Christmas Day, our veterans memorials, our traditional Christmas music. Be proud. Sue. Just think of all the profits you can make by soliciting like-minded judges to award you taxpayer-paid attorney fees if you prevail in a lawsuit to destroy January 1 as a National New Year’s Day Holiday. You have made millions suing school boards and cities, counties, and states in Establishment of Religion clause attacks by judge-ordered, taxpayer-paid attorney fee awards in cases most taxpayers utterly abhor. Just think of how much more you can make at taxpayer expense in suing to abolish the New Year’s National Holiday on January 1. Be brave. Take the challenge. If you dare.”
It is my hope — in this era of “hope and change” — that ACLU will take up this challenge, as to fail to do so will evidence the hypocrisy and political rottenness at the core of its Establishment of Religion attacks on Christmas, on veterans memorials, on the Boy Scouts, on public seals, on practically every display in the public square of symbol or expression of our American history and heritage which has a religious aspect. 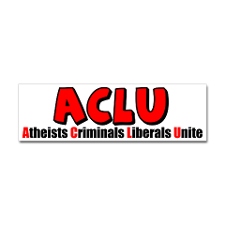 It is my further hope, that if you do take up this challenge and sue to abolish New Year’s Day, that when you do, the American people will finally so sicken of your self-righteous, neo-fascist, secular fanaticism as to rise up in anger as we veterans have against your attacks on our veterans memorials, and say with us veterans, “For God and Country Forever; Surrender To The ACLU–Never!”
[Rees Lloyd  is an American patriot, a veteran, a member of The American Legion, and a carreer-long civil rights attorney who began as a staff attorney for the ACLU Foundation of So. Cal. He is one of the attorneys fighting the ACLU in the the Mojave Desert and Mt. Soledad veterans memorials cross cases]
Tell ’em where you saw it. Http://www.victoriataft.com