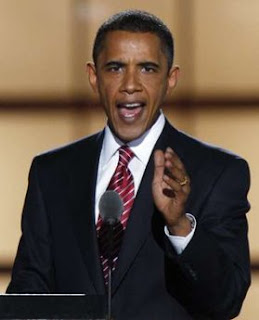 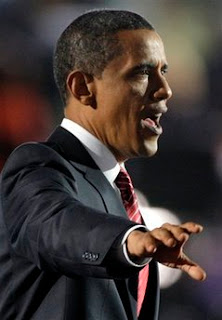 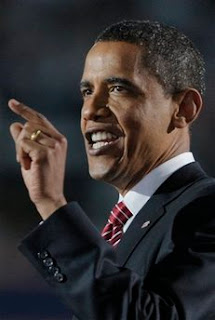 Senator Obama, now the official nominee of the Democrat Party, made his aceptance speech in Denevr last night. Instead of a class act nominee with eloquent speech, he used the time for more of the tired rhetoric of bashing his opponent, Republicans and even traditional America.

Some excerpts from his acceptance speech,

Senator McCain likes to talk about judgment, but, really, what does it say about your judgment when you think George Bush has been right more than 90 percent of the time?
~~~~~~~~~~~
The truth is, on issue after issue that would make a difference in your lives — on health care, and education, and the economy — Senator McCain has been anything but independent.

He said that our economy has made great progress under this president. He said that the fundamentals of the economy are strong.

And when one of his chief advisers, the man who wrote his economic plan, was talking about the anxieties that Americans are feeling, he said that we were just suffering from a mental recession and that we’ve become, and I quote, “a nation of whiners.”
~~~~~~~~~~~~~~~~~~
I don’t believe that Senator McCain doesn’t care what’s going on in the lives of Americans; I just think he doesn’t know.

I think it is obvious who has the class in this campaign.

13 thoughts on “Which Candidate Displays Class?”