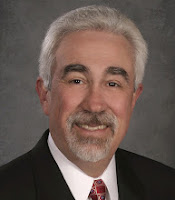 In a recent front-page story, titled Density as a good thing, The Oregonian presents us with some provocative quotes about the goodness of increased urban density. We are told by a city of Portland senior planner that “Cradle to grave is the new goal.” In other words, the goal is for denizens of the city to live and die in Portland – hopefully without a car. As one Portland planning commissioner says, “It becomes a place where you don’t have to get in a car every day.”

This happy view is not held by everyone. Another city planning commissioner notes that “The problem with that word, ‘density,’ is that people hear it and go ‘Click.’ They just shut down. They don’t want to have the conversation.” In fact, three of the pre-eminent sages of 21st Century urban planning also believe in what I call the “pathology of density.”[i]

Jane Jacobs, in The Death and Life of Great American Cities (1961), says that using persons-per-acre is a “statistical monstrosity” because it masks the real problem of overcrowding. She argues that higher density is really overcrowding — or too many people in a space — and the real culprit destroying urban livability.

Ian McHarg, the guru of ecological planning, in his book Design With Nature (1969) talks about a “pathological togetherness” whereas “density increases, so do social pressures, which manifest themselves in stress disease…” He says the evolutionary reason for this pathological behavior is that “stress inhibits population growth.” It is nature’s way of fighting increased density. McHarg agrees with Jacobs and concludes that of all the urban stress factors “the single obvious one is not poverty, but density…”
Carl Sagan and Ann Druyan, in their book Shadows of Forgotten Ancestors (1993), make a compelling argument that humans are the result of 500 million years of DNA programming and the process of natural selection. They say that for primates, “If population density becomes too high, then mechanisms are set into motion to reduce it.” These forces may include, “…fighting and domestic violence, child abuse and neglect, soaring infant and maternal mortality; psychosis…; alienation, social disorientation and rootlessness…”

Other academic researchers have investigated this density as pathology hypothesis, and the research supports it. A major nationwide study done by professors from Dublin City University and the University of California,[ii] of some 15,000 individuals in average urbanized-area and metropolitan statistical area populations, finds that:

The statistical revelation behind all of these findings is that for every 10 percent increase in density, there is a 10 percent decrease in socialization. That’s a simple, one-to-one inverse relationship that everyone can understand.
So what is this fatal attraction that Portland planners have for increasing urban density? Oregon has state-mandated land use planning, and has long been a progressive Eden and the new Mecca of urban planning. The Portland metropolitan area has long been the Potemkin village of urban planning devotees. So why is the Portland really the new American Potemkin village?
Increasing density in planning is a social science aberration of what was a good idea. Governor Tom McCall and a bi-partisan legislature, embraced comprehensive planning back in 1969. They did it to prevent what was called “leap frog” development that led to the destruction of farmland. It was the day of the “Don’t Californicate Oregon” bumper sticker. It was years later when “leap frog” development morphed into the new urbanistas pejorative term of “sprawl.” And “sprawl” required the remedy of increased density.
The Oregonian article also notes that the density, or persons per square mile, in Portland is 4,375. So how ironic is it that the same U.S. Census data says that the density of the city of Los Angeles is 8,092 persons per square mile.[iii]So does this mean that the city of Los Angeles is twice as good a place to live? Or is it just twice as good at planning from “cradle to grave?” Do we aspire “to live and die in LA?”
The bottom line is that social science research does not automatically support the “density is good” thesis. Indeed, it often refutes it. In research there are two scientific approaches. One is quantitative and one is qualitative. One is empirically, fact-based and one is observationally, behavior-based. In Oregon, and especially Portland, the facts do not support the behavioral fiction.

Richard Carson is the former planning director for METRO (the regional government responsible for planning the three-county area of 1.5 million people), was featured in the 2009 documentary “Making Sense of Place Portland” [iv]and is currently is a doctorate student of public policy. He can be reached at his website at www.richcarson.org.