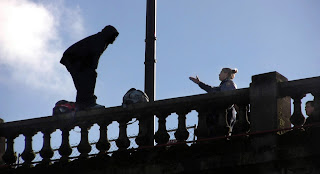 Every once in a while you make a mental connection between two different bits of information that creates one point-of-view. In this case the place is Portland, Oregon. First, I read this story on Time Magazine’s website stating that Portland, Oregon is number one of the “Top 10 Most Promiscuous U.S. Cities.” That was hard for me to believe or comprehend, but then what do I know about cheating? Second, I read on MSN that Portland, Oregon is the number one “unhappiest city” in American due to a high rate of depression and suicide. 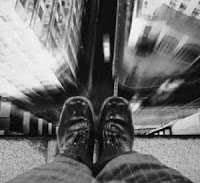 So I pondered the connection of being the most promiscuous and suicidal city in the United States of America. I get to do this because I am semi-retired and a doctorate student at a major university. My studies focus on organizational development and human behavior. But then what do I know?
I have a hard time understanding this because my family’s history in the Pacific Northwest goes back to my ancestor named Kit Carson. He literally created the Oregon Trail with one Colonel John Fremont. I think there is a bridge around here named after the latter. My family had no time for being suicidal because they were facing possible death in the journey. I can’t claim that my ancestors were more or less promiscuous. But then I wasn’t there. Kit Carson had three wives. Two were Native American and one was Hispanic.
People born and raised here don’t think about the weather. I remember my son used to close the blinds in summer because it was too bright.
The economy here is actually better than other parts of the country. Oregon is not actually the worst state economically during the recession.
The answer is that Portland is one of the most liberal states in America and anything goes. There are no rules of civil society. You can get medical marijuana, you can destroy public property without a permit, and the Portland City Council regulates everything that they should not and everything ridiculous. It is government gone wild and oblivious to civil norms.
I know that this will really infuriate the Portland liberals. But before you start whining, answer me the question. Why is Portland, Oregon both cheating and suicide central? Is it a vast right-wing conspiracy? How did you and I, as spouses and parents so fail our children? And why here?
For the record, I don’t think it is the weather. The weather is very mild here. I think it is more humanistic and political. Personally, I don’t blame it on everyone who ever moved here from California and Minnesota. That is a conspiracy theory. The answer is that you and I failed our children, our responsibility for good government and our personal morality.

Richard Carson is a nationally published writer for Architecture, Urban Land, Business America, Planning and Public Management magazines, Archis and Planum (Europe), as well as other local and regional newspapers including the Oregonian. His essays can be read at www.carsonessays.com. His website is at www.richcarson.org. He is currently a doctorate student at Washington State University.