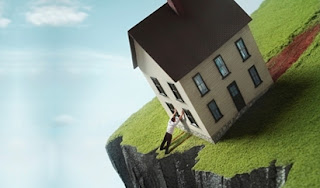 Economist Gary Shilling predicts plunging home prices will throw us into another recession:

“Housing prices are due to slide another 20 percent nationwide and will throw the U.S. economy into a fresh recession probably sometime next year, says economist Gary Shilling.

“The problem is there are too many excess inventories. We estimate that there are 2 (million) to 2.5 million excess housing unit inventories over and above the normal working levels,” Shilling tells Yahoo’s Daily Ticker.

The United States normally builds about 1.5 million houses a year, so with such excess inventory lagging on the market, it’s going to take around four to five years for normalcy to return.

“Excess inventories are the mortal enemy of prices, and we’re looking at another 20 percent decline in prices,” Shilling says. 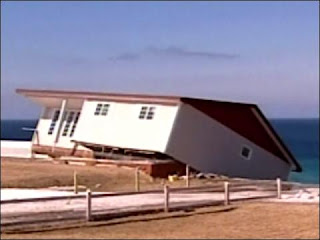 A 20 percent decline would send the number of underwater mortgages — defined as owing more on a home than it’s worth — rising to 40 percent from 23 percent today, which is enough to devastate an already weak economy.”