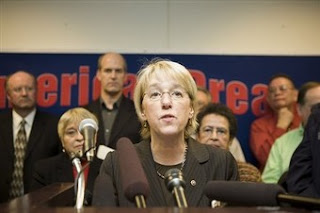 At 12:38 PM my phone rang and caller ID showed, 202-224-2621 Capitol US. Like most, not recognizing the number I did not answer it an allowed voice mail to capture the call. It turned out to be Senator Murray saying she was holding her “new idea” of a tele-conference at this time.

The invitation to “press one” to listen in causes a repeat of the message, no connection.

I received no emails informing me of any such event, even though I have signed up for regular updates with all 3 of the Democrats that allegedly represent my area.

I find it quite cowardly of current Democrats to hold such “town halls” without notice and apparently by invitation only so they may hear only what they wish to hear.

Such shuck and jive just don’t get it, Patty.