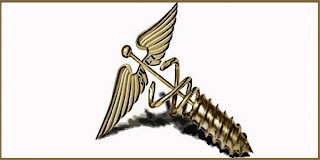 “Ask a liberal what he most dislikes about the “right”? “I resent the attempt to tell me how to live my life,” he’ll say. He’ll mention abortion and say that the decision belongs to a woman and her doctor. He’ll mention same-sex marriage and say that government should not prevent two people of the same sex from marrying, especially if one objects based upon religious grounds. He’ll argue that a Supreme Court “stacked” with right-wingers threatens his liberty.”

“Recall the anger at former President George W. Bush, who, to fight the war on terror, “trashed” and “shredded” the Constitution. The same people who railed against the Patriot Act, the terror surveillance program and “illegal” torture happily unleash the power of the federal government to redistribute wealth for ObamaCare, a socially desirable objective. Never mind the absence of authority in the Constitution.”

“The left tells us that “health care is a right, not a privilege.” Surely the Constitution says so. No, it does not. Article I, Section 8 details the limited power, duties and responsibilities of the federal government. Extracting money from your paycheck and giving it back to you when you retire — Social Security? Not there. Taxing workers to pay for the health care of seniors — Medicare? Not there. Mandating that employers pay workers a minimum wage? Not there.”