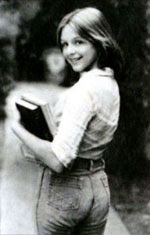 by Rees Lloyd
Regarding the child molester, rapist, and fugitive from justice Roman Polanski, it should be understood that this is not a case where guilt has to be proved: He pleaded guilty to one count of unlawful sexual intercourse with a minor. Thus, this is a deadbang statutory rape case — she was only 13.Transcript here.

He took the deal, which was offered because her mother didn’t want the child to have to testify. The original charges were not limited to sexual intercourse. He was charged with rape by sexual intercourse, oral copulation (him on her), and sodomy. He sodomized that kid. Mayor Adams might be called to testify to the joys of that, but the child was terrified. Have those who are signing petitions for Polansky to be pardoned seen the girl’s grand jury testimony? In it, the victim, then 13, describes w she told Polansky she wanted to go home, but he pressed her to say, gave champagne, drugs, then orally copulated her, perpetrated sexual intercourse, and then sodomized her. She also testified of how frightened she was of this 44-year-old man who had her alone in actor Jack Nicholson’s house, with 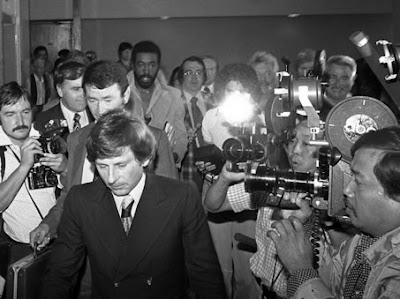 no one to come to her aid.
There is really one basic question to ask of those calling begging pardon for Polanski: What if this was your daughter?
Under California law, every touching is a mandatory 8-year-sentence. That is, if in the course of achieving intercourse, he touched her breasts or vagina, each touch is an automatic, mandatory 8-year sentence. In short, every touch in the course of the rape to any private (sexual) part of her body is a mandatory 8-year sentence. He would have been in prison for over 100 years.
It is unfortunate that the judge even allowed the plea. I understand the problem of her not wanting to testify at a public trial. But, when the witness is unavailable to testify, the grand jury testimony, which is given behind closed Grand Jury doors, becomes admissible.
For Polanski to state, as he did on the tape which has been played repeatedly, that it “took a long time” for him to believe what he did was wrong because “no one was hurt” demonstrates, I believe, the necessity for concluding his plea deal: He was allowed to plead out to a much lesser charge. He underwent the standard psychiatric examination. He was allowed freedom after that examination and before sentence, and he chose to become a fugitive from justice.
There is no “statute of limitations” he pleaded guilty, waving all rights to trial. All that was left was to be sentenced. There is no statute of limitations applicable.
Any non-celebrity defendant would have been given the maximum sentence in this case — one involving use of alcohol and drugs by a 44-year-old man to orally copulate, rape further by sexual intercourse and sodomy, a 13-year-old girl.
The fact that the victim is now and adult, has forgiven her rapist, and does not want to have to relive the rape by testifying if Polanski is brought to justice, should have no impact whatsoever on the issue of whether this convicted child molester who chose to become a fugitive from justice — and was able to escape justice for some thirty years because of his wealth and celebrity — should be brought back to fulfill the plea agreement he wanted rather than risk trial. Further, there is no need for the victim to testify: Polanski has been convicted; he pleaded guilty.
Moreover, Finally, it has to be remembered that criminal prosecutions are not brought in the name of the victim, but in the name of “the People” of the state in which the criminal prosecution, or “the People of the United States in federal court. “We, the People,” should not countenance the abuse of this child or any child, no matter how much wealth the perpetrator has, nor his or her celebrity, Hollywood, ethnic, religious, or political connections. When Polanski raped that little girl, he committed a most foul offense not only of her, but the “People of California” and of the United States. That he was rich and connected enough by his Hollywood fame to run off to Europe to hide, does not change the outrage of his rape of that little girl, nor of the people of this country.
The fact that so many Hollywood celebrities are calling for Polanski to receive unequal justice, i.e., preferential discriminatory justice in his favor, because he made a couple of movies that critics praised and made money, is a moral perversion indicating why the political opinions of these people — who spend their lives playing “lets pretend” and then give each other awards for “playing less pretend” better than others — should be utterly disregarded.
The narcissism of Polanski and all these Hollywood celebrities calling him to be excused from the law applicable to us mere morals, is at once utterly manifest and utterly disgusting.
How ironic it is that so many of those signing the petition for Polanski to be pardoned for his rape of a 13-year-old, also signed petitions and made public statements calling upon Americans to listen to them and follow their judgment that we all should vote for Barack Hussein Obama.
How further ironic that they beg a pardon for Polanski from Obama, the ambulatory embodiment of narcissism, who appointed as his “Safe Schools Czar” a morally corrupt bureaucrat. Kenneth Jennings once responded to the plea for help of a teenager who was the victim of homosexual rape that the teenager should in future encounters with the homosexual monster who was raping him be careful to “use condoms.”
That homosexual rapist was never prosecuted because the future-“Safe Schools Czar” of America didn’t meet his duty as a mandatory reporter to report the homosexual rapist.
That is an outrage.
Tell ’em where you saw it. Http://www.victoriataft.com