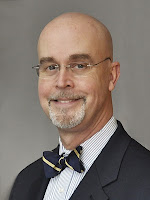 I can’t really say I was surprised to read in the Columbian: Moeller joins lawsuit to overturn Eyman initiative

Just last year, Tim Eyeman’s Initiative 1053 was passed by voters with a wide 64% margin, requiring a 2/3 majority for the Washington Legislature to be able to rise of impose new taxes upon us.

Democrats including 49th L.D. Jim Moeller and Teachers Unions don’t like that and have filed a lawsuit challenging the initiative in court, seeking to have it overturned.

The Columbian tells us, “Democratic leaders could not get Republicans to support any tax increases this year, forcing lawmakers to balance the budget with heavy cuts to education.”

The article also tells us those heavy cuts “reduces salaries for teachers and classified educational staff by 1.9 percent while slashing pay for administrative staff by 3 percent. It suspends programs designed to keep class sizes low.”

Chris Korsmo, CEO of the League of Education Voters is quoted saying, “Washington’s constitution makes it clear the state’s paramount duty is to ‘make ample provision’ for the education of every child. This statute, and similar measures enacted in recent years, hamstrings our state’s ability to invest in the quality public schools our children need to succeed in life.”

“Investment,” if you recall, is a left-wing catch word for “tax increase.”

The Teachers Union adds that the constitutionally passed initiative (they seem to forget that citizen initiatives are also written into our constitution), “unconstitutionally infringes on the power of the Legislature to pass laws and prevents the state from fulfilling its constitutional obligations to adequately fund education.”

Nowhere is the union and Democrats willing to “share in the sacrifice” by accepting marginal cuts far less than what the private sector has sacrificed since this Great Recession began.

Other Democrats who have signed on to be able to take more of our hard-earned money and thumb their noses at the constitutionality of the citizen initiative are Laurie Jinkins of Tacoma, David Frockt of Seattle, Reuven Carlyle of Seattle, Deb Eddy of Kirkland, Sam Hunt of Olympia, Timm Ormsby of Spokane, Eric Pettigrew of Seattle, Chris Reykdal of Tumwater, Cindy Ryu of Shoreline and Mike Sells of Everett.

These are names that the middle class taxpayer in Washington State needs to remember next election.

They need reminded that they are elected representatives, not “Diktatoren.”