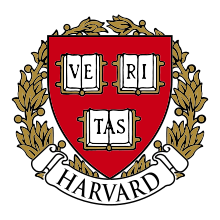 No, I’m not kidding. Now we’re validating kinky sexual behavior at what’s supposed to be the bastion of higher learning in America. The Harvard poohbahs have given approval to the “Munch Club” kinky sex club.

According to this story

“The impact on campus will be that students who feel outside of the sexual mainstream will now have a safe space to talk about their interests, to feel socially validated, and to build a community,” Harvard psychology lecturer and a sex columnist Dr. Justin Lehmiller, told ABC News.

Gee, and all this time I thought the kids were going to learn–not be socially validated–whatever that means. Oh, who am I kidding? I know what it means. It means normalizing whatever kinky behavior kids have the guts to want normalize. Plus, you know, it’s so much cheaper and easier than putting an ad in the Crimson or Craig’s List for kinky sex. Now they can just get that whole awkward first meeting of fellow kinkys out of the way and use the club for a ‘dating’ service.

The founder, referred to as Michael, says recognition by Harvard’s administration means members will be able to put up posters for events and recruit around campus.
“It’s really a joy to see the experience they will have now. I didn’t think that anyone was even remotely interested [in kink] on campus,” Mae said.

What’s next, the rape club? It’s coming, I’m sure. Or, how about the Harvard School of Prostitution? I mean if we’re going to normalize kinky sexual behavior, why not go all the way? It perhaps could be an offshoot of the Harvard Business School! The zoology department can provide a bestiality club. Stripper poles in PE? What’s to stop it? There’s are no rules. Obviously.

Oh, and in case you’re wondering:

“Kink” is most commonly used to refer to BSDM: bondage, discipline, dominance, submission, sadism, and masochism.