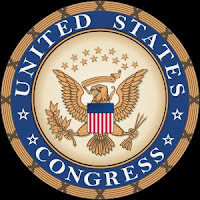 Once again, American workers, mired in an ongoing ‘Great Recession’ and facing some of the highest unemployment in decades, are seeing work that should be filled in America by Americans being outsourced to a foreign country. Worse yet, the work is in the filling of a defense contract.

Hawker Beechcraft, an established aircraft manufacturer based in Wichita, Kansas appears to have been shut out of a defense contract in supplying the U.S. Air Force with a light attack aircraft slated for use as a trainer and a potential ground attack plane in Afghanistan for their forces.

Without fanfare and apparently very quietly, the contract was awarded to the Brazilian aircraft company, Embraer, in partnership with Sierra Nevada Corporation.

Since Hawker Beechcraft has been supplying an airplane to the U.S. Air Force for some time that fits the bill and has been the trainer of choice, the company has filed a lawsuit in federal court over the award.

To the best of my knowledge, both companies build very good aircraft. My intent in this post is not to promote one over the other, that is left to the courts and those who will evaluate the aircraft and the merits of Hawker Beechcraft’s allegations.

But reading the story on this, it all began sounding very familiar to me. It was like we had heard all of this before and not too long ago. And we have, back in 2008 when Washington State based Boeing Corporation lost their bid for supplying a new mid-air refueler tanker contract to EADs/Northrop Grumman Corporation.

Democrats especially were crawling all over each other to condemn the choice and the Bush administration in particular, especially Washington Senator Patty Murray. Mrs. Murray immediately took to the Senate floor where in speech after speech decrying the decision.

She said in part, “Our economy is hurting. We’re nearing a recession – if we aren’t already there. Families are struggling just to get by in part because their factory jobs have been moved overseas. This tanker contract wasn’t just one defense contract – it was a key piece of our national and economic security,” and “outsourcing a key piece of our American military capabilities to any foreign company is a national security risk.”

A quick search of Washington State newspaper archives reveals others eagerly jumping into the fray.

Then Speaker of the House Nancy Pelosi said the award “The Air Force’s decision to award the contract for a much-needed modernization of the nation’s aerial tanker fleet to Northrop Grumman and Airbus raises serious questions that Congress must examine thoroughly. The questions include ‘national security implications of using an aircraft supplied by a foreign firm,’ as well as whether the Air Force gave sufficient consideration to the contract’s effect on American jobs.”

Senator Hillary Clinton stated, “I am deeply concerned about the Bush administration’s decision to outsource the production of refueling tankers for the American military.”

A Joint statement from Rep. Norm Dicks, Sens. Patty Murray and Maria Cantwell, and Reps. Rick Larsen, Jay Inslee, Adam Smith, Jim McDermott and Washington State Republican Dave Reichert said, “This is a blow to the American aerospace industry, American workers and America’s men and women in uniform. At a time when our economy is hurting, this is a blow not only to our state, but the more than 40 states across the country who would help build this national plane. We will be asking tough questions about the decision to outsource this contract.”

Senate Majority Leader Harry Reid was quoted “At the very least, there should be congressional hearings,” over the initial contract award to EAD’s/Northrop Grumman.

Richard Michalski, vice president of the International Association of Machinists and Aerospace Workers said, “That general [that initially awarded the tanker deal to EADs-Northrop Grumman] should look at where his paycheck comes from. That general should quit his job, move to France and join the French Foreign Legion.”

Tom Wroblewski, president of Machinists Union District 751 was quoted, “Because of the Air Force decision, America has to rely on a foreign country to defend our nation. This is wrong. And we will not stand silent on this issue.”

Rep. Todd Akin (R-Mo.) chimed in, “It is clear that there were major irregularities in the contracting process, which resulted in a flawed decision. There are also serious strategic issues with outsourcing our national defense instead of fostering a strong domestic defense industry.”

Not to be left out, then Senator Barack Obama said, “I find it hard to believe that having an American company that has been a traditional source of aeronautic excellence would not have done this job.”

With all of the cries of corruption and subsidized leveled against EADs in 2008 used to condemn the award of the Air Force Tanker Contract, Embraer being the subject of an SEC Investigation appears to not be drawing even a whimper from those who expressed such outrage over the Air Force Tanker award.

Once again we see mostly Democrats practicing their hypocrisy, apparently dependent upon who occupies the Oval Office.

What real difference is there except their party occupies the White House currently?

If Barack Obama found “it hard to believe that having an American company that has been a traditional source of aeronautic excellence would not have done this job,” back in 2008 when he was a candidate, why doesn’t he find it hard to believe in 2012 when he occupies the Oval Office?

I find it difficult to believe it is anything more than the usual rank hypocrisy we continue to see in Washington D.C.