By Pete the Banker

Al Gore said last week that Climate change is “…a principle in physics. It’s like gravity. It exists.”
Interesting wasn’t his original Book Title, “Inconvenient Truth: The Planetary Emergency of Global Warming and What We Can Do About It”

So now he talks Climate Change?  Interesting, why isn’t he suggesting Global Warming is “…a principle in physics. It’s like gravity. It exists.”
I’m sure it has nothing to do with the climatic trend in past decade or so?
But given this massive Climate change, and who can forget Gore’s assertion in the movie “The Inconvenient Truth”,


“A new scientific study shows that for the first time they’re finding polar bears that have actually drowned swimming long distances – up to sixty miles – to find the ice,” Gore says in the movie.

So why have Gore and his ilk recently been reluctant to provide public testimony in Copenhagen from a prominent Polar Bear specialist, Dr. Mitchell Taylor (here)?

“Dr Mitchell Taylor has been researching the status and management of polar bears in Canada and around the Arctic Circle for 30 years, as both an academic and a government employee. More than once since 2006 he has made headlines by insisting that polar bear numbers, far from decreasing, are much higher than they were 30 years ago.”

But then why hear from experts since global warming of course is settled according to our Nobel Laureate, Al Gore (here)

“The science is settled, Gore told the lawmakers. Carbon-dioxide emissions — from cars, power plants, buildings and other sources — are heating the Earth’s atmosphere.”

Settled and “heating the Earth’s atmosphere” sounds ominous but Gore certainly seems to have “firmly established his scientific credentials” in media circles given his expert understanding of “established scientific facts”. However, in the past few weeks Gore must have been the victim of CO2 poisoning from his numerous jet excursions, and has suffered a few significant scientific errors.

Gore recently noted that, “These figures are fresh. Some of the models suggest to Dr [Wieslav] Maslowski that there is a 75 per cent chance that the entire north polar ice cap, during the summer months, could be completely ice-free within five to seven years.”  Maslowski when asked about Gore’s comment, “It’s unclear to me how this figure was arrived at,” … “I would never try to estimate likelihood at anything as exact as this.”  Perhaps Gore needs to take a chill pill?


Take note of Gore’s recent scientific assertion on the Tonight Show (here), ” but two kilometers or so down in most places there are these incredibly hot rocks, ’cause the interior of the earth is extremely hot, several million degrees, and the crust of the earth is hot …”

There can be no question that under Gore’s statement of “scientific fact” that Global Warming will create a Living H*ll on Earth not to mention vaporize all that evil fossil fuel in the Earth’s crust, in place.  We eagerly await Gore’s next book correcting the scientific record, because those Geology books all suggest that the earths core was is a meager 5,000 degrees centigrade, but of course the sun’s core is several million degrees centigrade.
But given Gore’s Nobel Laureate status and penchant for settled science, we on Earth should be thankful he has at least apparently elevated us to “Star” status. 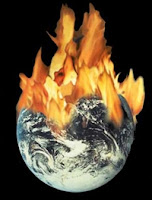 But then given Gore’s acquired expertise in Polar Bear mortality, one is amazed at his recent erroneous assertion of “rising tree mortality” in the light of IPCC contradictory findings (here)

“Now to most people, “rising tree mortality” raises the specter of a world with less greenery. But how does real world data compare with the virtual modeled world?”

According to the IPCC,

“Satellite data for the real world (not the one Mr. Gore lives in) can help give us an idea.
Globally net primary productivity (NPP) has increased.

Satellite-derived estimates of global net primary production from satellite data of vegetation indexes indicate a 6% increase from 1982 to 1999, with large increases in tropical ecosystems (Nemani et al., 2003) [Figure 1]. The study by Zhou et al. (2003), also using satellite data, confirm that the Northern Hemisphere vegetation activity has increased in magnitude by 12% in Eurasia and by 8% in North America from 1981 to 1999”” 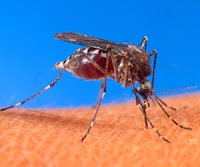 And finally Gore’s frequent assertions that invading mosquitoes are expanding their habitat range due to Global warming, kind of suffered a scientific setback (here).

“Al Gore has made bold claims that climate change is aiding the spread of insect-borne diseases.  The science does not support him says Epidemiologist Paul Reiter“