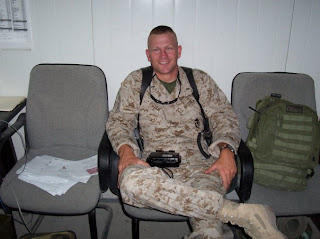 He joined the Marines because he was devastated at the lives lost in the Marine barracks bombing in 1983 by Islamist terrorists. He vowed to protect his country.
He served in peacetime and in war time. He was deployed and wounded in Iraq during the second battle of Fallujah known as Operation Phantom Fury. He’s been “Our Man in Fallujah” since 2004, doing on-air reports with The Victoria Taft Show.
He’s Captain Mike Rosen. A finer man you will never meet. A man of integrity.  A man who sought peace at every turn and who is an excellent husband and father. Here is our tribute to him as he moves to civilian life. 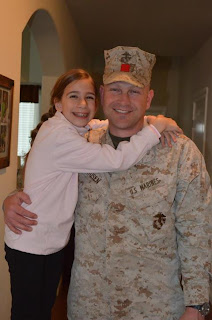 I’m happy that there are many of these men in our armed forces. He, however, is a special contributor to our program.
Please enjoy some of the highlights of his retirement ceremony on Saturday in Lacey, Washington.
Please click HERE for Eric the Great’s tribute to Our Man in Fallujah.