As usual, Barack Obama is creating yet another false illusion on his effectiveness as president. The following was received in email just today.

If you note the second sentence below the video, you will read, “Now, thanks to the actions of this President, we can say that conflict is coming to a close.”

Nothing could be more deceptive.

The Obama administration was actually negotiating a new Status of Forces Agreement to keep U.S. Troops in Iraq longer and negotiations ceased as the Iraqi’s would not agree to US. Forces not being tried in Iraqi Courts.

The Dec. 31, 2011 deadline of having all U.S. Troops out of Iraq is not an agreement made by Barack Obama, but was agreed upon between President George W. Bush and Iraqi Prime Minister Maliki before Obama was even inaugurated.

As we read in a release from Defense Department dated December 15, 2008,

“The status-of-forces agreement outlines the framework for American forces withdrawal while providing authorization and protections for U.S. troops to continue support operations after the United Nations mandate expires Dec. 31.”

“Although the pace of meeting those agreements depends on the Iraqi government and military, Bush said, the SOFA acknowledges that U.S. combat forces in Iraq are required to withdraw from Iraqi cities, villages and localities no later than June 30, and it calls for a complete withdrawal of forces by Dec. 31, 2011“

Leave it to Democrats, who always blame everyone else for their misdeeds, to now come forth grabbing credit for what a Republican President set in place before they were even in office and not give any credit whatsoever to him.

Wouldn’t it be great if they could be honest, just once?

Invited by Victoria to come over to walk through Occupy Portland, I checked and made sure my shot record was up to date, donned a Hazmat suit and remembering the Black guy arrested for being hassled by the occupiers recently, disguised my camera and walked through. 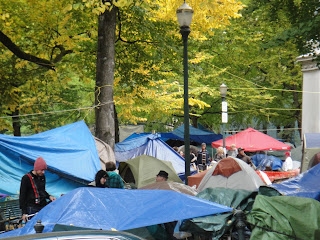 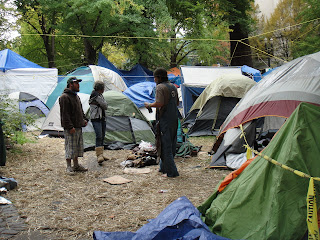 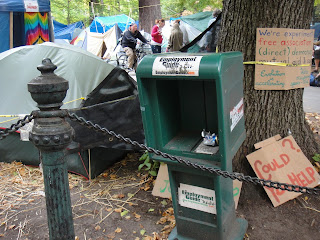 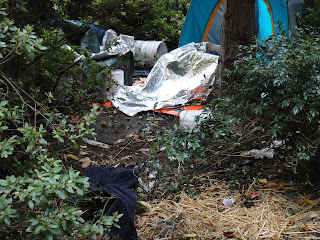 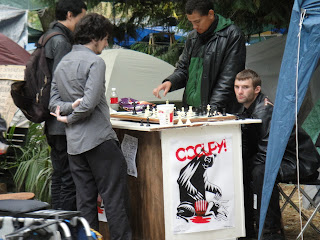 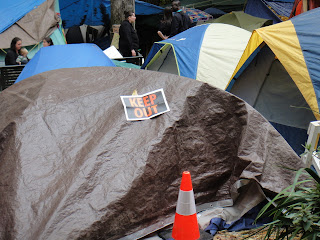 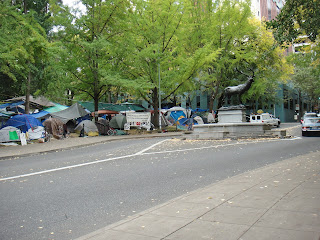 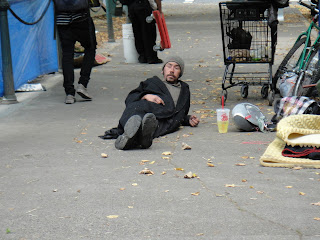 A short video stroll through the middle of Occupy Portland, for inquisitive minds