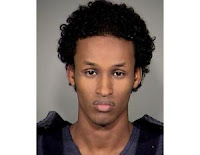 That’s right, the young man who reached out to his buddies in Pakistan and Saudi Arabia and eventually an FBI informant to plot Jihad against the Great Satan (uh, that’s us), dialed the number on his cellphone detonator AGAIN when it didn’t vaporize thousands of Portlanders the first time. So says the affidavit in support of the single charge (!) against a 19 year old Somalia born kid who came to America and then turned on it.

On Friday, Mohamud parked what he thought was a bomb-laden van near the ceremony and then went to a nearby train station, where he dialed a cell phone that he believed would detonate the vehicle.


Apparently Mohamed Mohamud decided he’d thank the only country that had given his family help by blowing up thousands of American human beings –among them my nephews and my friend’s daughter–at the lighting of “The Tree” (see The Tree post nearby) in downtown Portland. I guess that whole Black Hawk Down incident in 1993 or pirating wasn’t enough payback or something.
Mohamud parked the van on 6th and Yamhill in a 15 minute parking spot with the intention of timing the bomb to coincide with a full light rail train stopped at Portland’s “Living Room.” This was for maximum bloodletting. 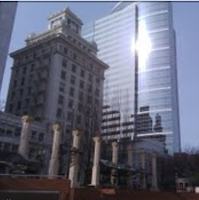 When asked if he could stand seeing body parts and blood he said, “Do you remember when 9/11 happened when those people were jumping from the skyscrapers…I thought that was awesome.”

As he promised his FBI informants,

Mohamud bought parts for the bomb (a couple examples of which are nearby), took part in a test firing of the a bomb in the middle of Lincoln County and took obvious glee in doing so. According to a KGW news account, Mohamud actually texted old school friends to find out where he could fire guns without anyone hearing. The FBI continues the narrative of the test firing,

According to the affidavit, on November 4, 2010, Mohamud and the undercover FBI operatives traveled to a remote location in Lincoln County, Ore., where they detonated a bomb concealed in a backpack as a trial run for the upcoming attack. Afterwards, on the drive back to Corvallis, undercover FBI operatives questioned Mohamud as to whether he was capable of looking at the bodies of those who would be killed in the upcoming attack in Portland. According to the affidavit, Mohamud responded, “I want whoever is attending that event to leave, to leave either dead or injured.” 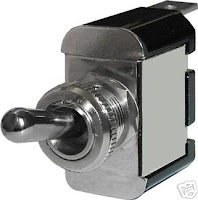 Mohamud told the FBI he wanted to leave after the attack because he’d “never liked living in the United States.” Wish he’d thought of that before he decided to take out a few thousand people.
He’s so far been charged with attempted use of a weapon of mass destruction. What, no hate crime charges?

Yelling “Allahu Akbar!” — Arabic for “God is great!” — Mohamud tried to kick agents and police after he was taken into custody, according to prosecutors.
http://www.google.com/hostednews/ap/article/ALeqM5gnObEr4MCyjFKQDWUVudceiF6vNA?docId=df5b4c05cf5c401db5c5044bb2755c8d
You people who think that this punk wouldn’t have conceived of doing anything improper if only the FBI hadn’t goaded him are delusional.
Tell ’em where you saw it. Http://www.victoriataft.com

Mohamud told the FBI he wanted to leave after the attack because he’d “never liked living in the United States.” Wish he’d thought of that before he decided to take out a few thousand people.

The somali community is embedded in the airport and parking lots of portland. looks like iman.

His dad reportedly got in touch with authorities to tip them of their concerns but KGW says the FBI had already had him under surveillance. 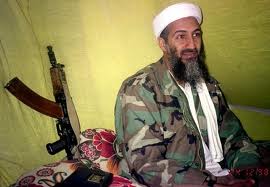 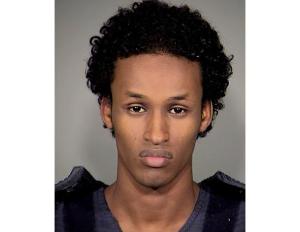