The 67 year old said, “I don’t think that there is any global warming,” adding “I don’t see the statistical data for that.” He continued, “Environmentalism and the global warming alarmism is challenging our freedom. Al Gore is an important person in this movement.” “I’m afraid that the current crisis will be misused for radically constraining the functioning of the markets and market economy all around the world.”

Klaus has offered to debate Gore, but Gore has never accepted the challenge.

In 2007, he made a speech on how the alarmism of the global warming crowd is being used to promote a return to Communism.

Follow
(Amended by Ordinance No. 168343, effective Jan. 7, 1995.) The form of oath to be taken by the elected officials of the City before entering upon the discharge of their duties shall be substantially as follows:
State of )
) ss.
City of )
I , (name), do solemnly (affirm or swear) I will support the Constitutions of the United States and the State of Oregon; Charter of the City of Portland and its laws; I will faithfully, honestly and ethically perform my duties as (Mayor/Commissioner/Auditor); I have no undisclosed financial interest in any business located in Portland or having contracts with the City; I hold no other office or position of profit; and I am not a member of any partisan political committee (; so help me God).
_____________________
Subscribed and sworn to before me this ____ day of ______________ , 20_____.

The oath of the Auditor shall be administered by a person having statutory authority under the laws of to administer oaths.
Tell ’em where you saw it. Http://www.victoriataft.com 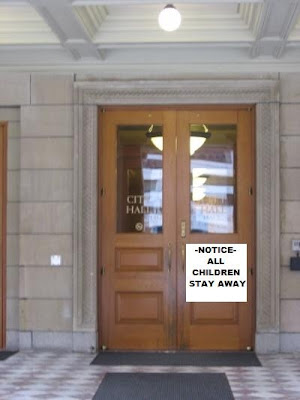 They cite a guy who went to high school with BeauLita. Apparently all the reporters sniffing this story out have been trying to get this guy and he finally went on the record —although his ID is concealed.