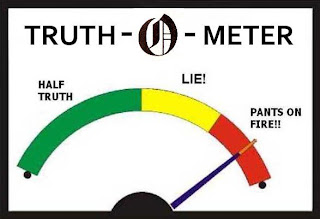 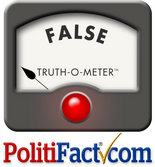 The Oregonian’s “Politifact” piece (here) on my and Senator Tom Coburn’s recent claims (here and here) about spending stimulus dollars on redundant bike signs was met with a “False” ruling from reporter Janie Har. Coburn’s claim of a million dollars in stimulus funds spent on redundant signs was a stand alone claim. I thought he made a good case.  But I was surprised my claim–about the asphalt bike signs–was found false. How could it be? I had pictures of these workers putting on the new bike signs which I put on the blog. I said I didn’t take pictures at the time but testified as they were within feet of existing bike signs. She emailed me to ask about them and I told them where I saw them: along Johnson Street in NW Portland. This is what Har said about my claim that the signs were redundant and unnecessary:

That leaves Taft’s sharrows.
“Those pictures on my blog were of signs on the roads just laid down by those workers. Just feet away were existing painted signs on the streets,” Taft wrote to PolitiFact.
“Bicyclists already use the roads on which these signs were painted. Signs already existed there and new ones were therefore redundant and, in my opinion, a waste of taxpayer money.”
The new sharrows did duplicate smaller bike boulevard markings in some locations, but not even close to all of them. And the photo Taft snapped was on Northwest Johnson Street around 23rd Avenue. The only other bike sign nearby is a wayfinding sign, which we don’t see as a duplicate because they serve different purposes.

Frankly, I’ve been busy with doing the program everyday and hadn’t had much time to devote time to  debunk the claims, but I decided today was the day. The net result is: Har’s claim is untrue. It’s so colossally untrue that I can’t believe she committed it to print before checking! I want a retraction from the Zero.
Someone said to me today, “What’s the big deal? It’s only the Oregonian, nobody reads it.” But what’s online is forever and it goes to my integrity. It has my picture next to a sign that says “False” and I want a retraction.
How could she have missed these? Herewith is what Janie Har didn’t bother to see/look at/observe/report on before ruling my claim was “false.”
The small circular signs were original, the bigger ones with the chevrons were the stimulus bike signs.

How are these signs not redundant? Anyone?