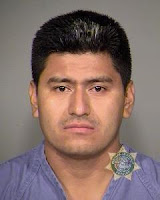 I’m so sorry for John Zupan’s family. The 66 year old founder of Zupan’s stores in the Portland area was out for a ride on his motorcycle Monday night when he was hit head- on by a suspected drunken driver. That driver is now in the Multnomah County jail under an immigration hold.

It’s not clear if Edy Porfirio Reynoso-Ramirez is illegally in the United States, but considering that many of the hispanics in the Multnomah County area are illegally here it stands to reason that this man is here illegally too.

**UPDATE**
And now today we learn from David Cross who keeps track of criminal illegal aliens in jail that the suspect was arrested in 2003 for driving without insurance and in 2006 for furnishing minors with alcohol. Cross believes that in all likelihood, Reynoso-Ramirez had been deported both times. That is not confirmed. Immigration detention center officials  in Tacoma have not determined his nationality yet.

Worse, Portland actually invites illegal aliens here. It encourages them to come here.
Will it take another high profile victim to get official Portland’s attention? 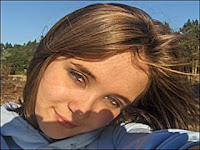 So where we now? Two high profile Portland area pillars of the community have been victimized by illegal aliens recently. Gert Boyle of Columbia Sportswear was kidnapped, beaten and robbed by three men, one whom was an illegal alien. Now the founder of one of the Portland area’s best loved stores has been killed by a man who’s suspected to be here illegally. Add to that 15 year old Dani Countryman, kidnapped and raped by two illegal aliens in Oregon City and scores of others and you’ve got a problem. If being victimized by illegal aliens were a disease health officials would be calling it a epidemic. 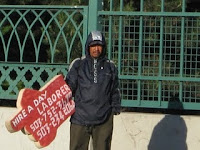 When it was time to get shots for a dreaded strain of flu going around the county health department gave the shots to illegal aliens first. Remember that story? No? Here it is.

These high profile families won’t want to make a big deal about illegal criminal aliens because it will be regarded as unseemly. But they may be the only ones who will force change around here.