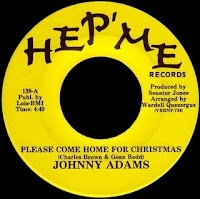 Sounds like the unions are making up statistics again. We have emergency care on demand, so where do these guys derive their numbers. Rep Grayson (see Lew’s post below) says the lack of health insurance results in 44,000 deaths a year and then equates that with the holocaust. How do you derive that number? Don’t people die of any number of things? How do you decide that they died for lack of health insurance?
Even so, I’m on a quest to find out where these guys are getting the number Grayson (see Lew’s post below) was touting on the floor of the US House of Reps this week.
Can you hep me? Hep! Hep!

Here’s a Reuters story about that statistic. It’s not a peer reviewed journal (just fyi) and they’re doctors who are in support of universal, government controlled health care. See also what the scientists on the other side say about their methodology:

WASHINGTON (Reuters) – Nearly 45,000 people die in the United States each year — one every 12 minutes — in large part because they lack health insurance and can not get good care, Harvard Medical School researchers found in an analysis released on Thursday.

“We’re losing more Americans every day because of inaction ... than drunk driving and homicide combined,” Dr. David Himmelstein, a co-author of the study and an associate professor of medicine at Harvard, said in an interview with Reuters. (whose inaction? the patients who choose not to get medical help?)

Overall, researchers said American adults age 64 and younger who lack health insurance have a 40 percent higher risk of death than those who have coverage.

The findings come amid a fierce debate over Democrats’ efforts to reform the nation’s $2.5 trillion U.S. healthcare industry by expanding coverage and reducing healthcare costs.

President Barack Obama’s has made the overhaul a top domestic policy priority, but his plan has been besieged by critics and slowed by intense political battles in Congress, with the insurance and healthcare industries fighting some parts of the plan.

The Harvard study, funded by a federal research grant, was published in the online edition of the American Journal of Public Health. It was released by Physicians for a National Health Program, which favors government-backed or “single-payer” health insurance.

An similar study in 1993 found those without insurance had a 25 percent greater risk of death, according to the Harvard group. The Institute of Medicine later used that data in its 2002 estimate showing about 18,000 people a year died because they lacked coverage.

Part of the increased risk now is due to the growing ranks of the uninsured, Himmelstein said. Roughly 46.3 million people in the United States lacked coverage in 2008, the U.S. Census Bureau reported last week, up from 45.7 million in 2007.

Another factor is that there are fewer places for the uninsured to get good care. Public hospitals and clinics are shuttering or scaling back across the country in cities like New Orleans, Detroit and others, he said. (wonder why? illegal aliens?)

Study co-author Dr. Steffie Woolhandler said the findings show that without proper care, uninsured people are more likely to die from complications associated with preventable diseases such as diabetes and heart disease.

Some critics called the study flawed.

The National Center for Policy Analysis, a Washington think tank that backs a free-market approach to health care, said researchers overstated the death risk and did not track how long subjects were uninsured.

Woolhandler said that while Physicians for a National Health Program supports government-backed coverage, the Harvard study’s six researchers closely followed the methodology used in the 1993 study conducted by researchers in the federal government as well as the University of Rochester in New York.