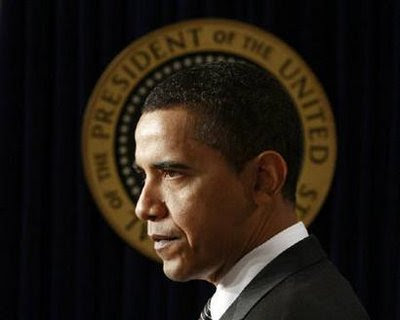 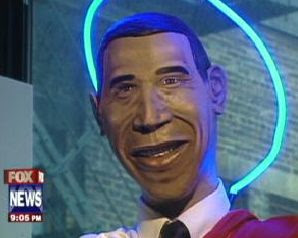 Thanks to alert 5th Listener for pointing out this Reuters photo of Obama as Jesus. I’ll add it to my collection. That’s a real art project over there.And look down there. There’s Obama’s teleprompter at tonight’s news conference. 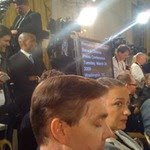