Sure, “Greenmail” had a different connotation in the 1980’s, but it’s time to trot out its new usage. Maybe the new definition should be, “A redistribution of capital by pressuring corporations to buy “environmentally friendly” financial instruments to cancel out or “offset” energy use in pursuit environmental or social goals, eg., curing “man made global warming.” See ‘socialism.'”

A piece in the Wall Street Journal is yet the latest in a series of stories about what a scam carbon offsets, renewable energy credits (RECs), green tags are. Usually, after they’re threatened by environmentalist wing nuts, corporations begin to buy the offsets, hence the term “greenmail,” to make the kooks happy. The tags, credits, or RECs are usually purchased to supposedly invest in new windmills, methane abatement, trees, tropical forests, etc. The scam is that those things were being done anyway. Who else is getting ‘credit’ for a windmill that was already being built and receiving fed 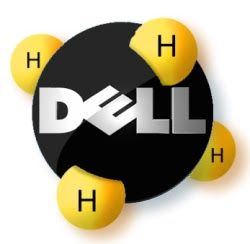 eral or state tax rebates? And, while we’re asking, how many people can take a credit for one windmill that was being built anyway? There’s no answer because the derivative financial instrument (see credit default swaps/AIG here) is so little regulated–if at all–and people are making so much money off them, they don’t want to stop!
The WSJ uses the example of Dell Computer. which claimed it had reached “Carbon Neutrality” five months earlier than it had anticipated! Here are the nut grafs:

Dell’s push dates to 2002, when environmentalists launched public protests against the company, saying Dell wasn’t doing enough to encourage the recycling of its computers. In response, Dell launched extensive recycling programs.
…a single wind turbine at the University of Minnesota’s West Central Research and Outreach Center in Morris, Minn…was entirely funded through a $2 million grant from a Minnesota state.
The situation is similar with the Elk River Wind Project, in Beaumont, Kan., from which Dell has bought a larger number of certificates. They are sold through Empire District Electric Co … [A]dditional revenue Empire gets from selling RECs is “just sort of icing on the cake,” she says. “We would have entered into the project regardless of
whether we had the ability to sell these RECs or not.”
The single biggest contributor to Dell’s carbon-neutral claim is a trio of wind projects in Iowa owned by Mid American Energy Co., a Des Moines-based power producer.
Mid American “certainly” would have built the wind farms regardless of whether it had been able to sell RECs, says Tom Budler, the company’s general manager of wind development…