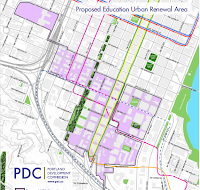 Portland State University has set up what’s described as a “political website” in an attempt to replace the dissenting “loud voices or talk radio” to find out “what Oregonians think.” Apparently blogs or programs voicing conservative ideas aren’t what real “Oregonians think.”

The website called, “The Kitchen Table” “launched by Portland State University’s College of Urban and Public Affairs aims to bridge the gap between Oregon lawmakers and their constituents.”  It’s funded by a bunch of lefty trusts and foundations and, of course, you. That’s right taxpayers, you’re funding a “political website” on behalf of a University program to drown out “loud voices or talk radio.”

As the Zero puts it:

In other words the website will consist of self selected individuals to whom the PSU College of Urban and Public Affairs will only listen. Put simply, they’ve set up their own echo chamber because the voices of dissent are too loud.

The leftists running the state are apparently seeing their efforts to bend the arc of the statist command and control planning narrative overtaken by conservative opposition to the Central Planner Class. PSU’s College of Urban and Public Affairs is the home base for the Professional Planner Class.

Why might they now be a little cranky about “loud voices” and “talk radio?” The Oregon Transformation Project is making inroads in changing the way people think about the way the state is run. This spring the Transformation PAC successfully backed candidates for Clackamas County Commission based on an anti Portland creep message. It was an arrow in the heart of the planner class.

The Cato Institute’s Randal O’Toole is out with a new book about gridlock and the failure of central planning. He’s been at this for years. People are listening to him in greater numbers than ever before–including me. *The Bojack blog has been all over the Urban Renewal story for YEARS. And consider this: I’ve testified, spoken to groups, talked on the show and produced a ten + part series on Portland’s new urban renewal areas–the bread and butter of the Planner Class–and it’s been reproduced and heavily read. THAT MIGHT have something to do with it.  Ruh, roh.

advice-in the City ofefiles.portlandoregon.gov/webdrawer/rec/4913194/view/File Format: PDF/Adobe Acrobat – Quick ViewMay 17, 2012 – Comments of Victoria Taft before the Portland City Council May 23. …The current urban renewal areas on the books between 2010 and 2015 …

So I do this for free while working a day job and raising a family and they need to ‘jack money from your pocket and go grant hunting to drown me out? Sounds like we’re making a difference over here.

And, of course, we are. As one of The Kitchen Table fans, the estimable Dave Frohnmayer, says:

“Any time you have more information about the larger public reaction and ideas about the government process, it helps reduce mystery and increases trust,” said Dave Frohnmayer, a member of the site’s advisory board who brings his experience as former president of the University of Oregon and the state’s attorney general. “Instead of loud voices or talk radio, this has been designed with a lot of really scientific architecture. The more people participate, the deeper decision makers can probe into the cross sections of what Oregonians think.”

The Kitchen Table folks say theirs is a “bi partisan” group of people who only care about the future of Oregon. If they’d bothered to have conservatives on their project maybe I’d believe them.