The following is the synopsis of what it would do when passed by the last Washington State Legislature:

Ex-con supervision: SB 5288 will reduce supervision of offenders who get out of jail or prison to shorter periods of time, except for violent sex offenders or dangerous mentally ill.

A psychological evaluation conducted in October found he was a risk to public safety, but not a bad enough risk to justify committing him.

How do they arrive at that when he had a rap  sheet a mile long and was accused of raping a 12 year old girl?
Here’s who was responsible for the bill:
By Senators Hargrove (Hoquiam), Stevens (Arlington),  Regala (Tacoma) and Shin (Edmonds).
Signed into law by Christine Gregoire (but she got rid of part of it). Here’s a description from Washington Votes.

Signed with partial veto by Gov. Christine Gregoire on May 6, 2009, requires the Department of Corrections to supervise certain offenders sentenced to community custody, such all sex offenders, dangerously mentally ill offenders, among others. House amendments removed the requirement for supervision for certain low and moderate risk offenders and authorizes DOC to arrest and pursue administrative sanctions for offenders under supervision. An adopted house amendment establishes by statute a set of sentencing guidelines apart from the Sentencing Guidelines Commission (SGC.The emergency clause is vetoed. 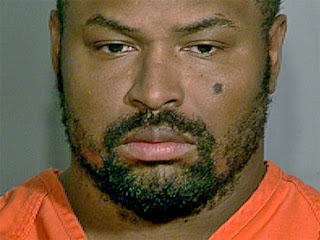 If Clemmons wasn’t considered dangerous then how many other time bombs have been let out of custody by these folks?