According to The Oregonian (10-23-2011), the city of “Portland exacts the highest toll from developers looking to change the city’s comprehensive map and rezone their property. In fact, it’s 28 times more than Denver and 22 times higher than Minneapolis…” Any rational human being in the Pacific Northwest thinks that Denver and Minneapolis are kind of like Oregon and Washington in terms of culture and politics. Dorothy got it right when she said, “Toto, I’ve a feeling we’re not in Kansas anymore.”
In this case, the so called evil “developer” runs a hair salon in a garage. I don’t know about you, but people who run a hair salon out of their garage are not “developers.” They are simply small business owners and they make up 99.7 percent of the economy in America, according to the Small Business Administration. 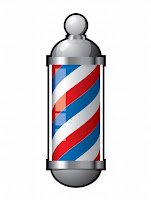 The truth of the matter is that city of Portland can’t justify their cost of doing business. They never ran a cost study to document it. They simply hate free market and small business entrepreneurs. Why? You go to the local corner store or tavern and you like it. So why punish the people you like and rely on?
Is it because the rank and file occupiers of Portland are free loaders who want someone else to pay for their lifestyle? I only ask the question because they don’t get it. People, you need these small business owners. I seriously doubt you would get your hair cut and then tell the small business owner that they are corporate fascists and your haircut should be free.
So why is the Portland City Council financially punishing small business owners? The answer my friend ain’t blowing in the wind. The answer is that the state of Oregon made a decision years ago that they needed to regulate land use more extensively. The state created the most centralized, state run land use agency in the country. They created a land use monarchy to run it and a land use court to interpret it. The monarchy is called the Land Conservation and Development Commission (LCDC) and the puppet court is called the Land Use Board of Appeals (LUBA).
When I was a policy analyst for Governor Victor Atiyeh (a Republican), I called and started meeting with a judicial member of LUBA. And I learned something amazing. He was for property rights and small business. And he was amazed that I called him because my job, in the Economic Development Department, was to create jobs. I won’t mention who this LUBA judge was. The last time I did the liberal judicial community went after him and tried to get him disbarred. Also, he invited me to his house the next month and at this point I don’t want to pass up a good party.
Richard Carson is a former planning director of Metro (the Portland regional government); director of land use for Oregon City, Oregon and Clark County, Washington; policy analyst for Governor’s Atiyeh, Goldschmidt and Roberts; and is a doctorate student at Washington State University in organizational development.
Tell ’em where you saw it. Http://www.victoriataft.com