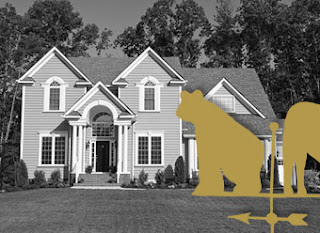 Be wary of these fluffy mass media headlines, “U.S. single-family home prices picked up for a third month in a row “ and “Annual pending home sales are up 13.3%, while, compared to April 2012, May is up nearly 6%”
Most owner occupied (as distinct from investor)  residential pending sales are subject to financing.  Just because a home purchaser enters an earnest money agreement it doesn’t mean that the purchase will close three months later if it can’t be financed.   Increases in pending sales don’t necessarily translate into actual sales.
Additionally, investors cash purchases still dominate the residential sales market.  Those markets recently seeing the largest sales increases as reported by both Core Logic and Case Shiller showed a heavy concentration of distressed sales according to Diane Olick of CNBC
Two major problems persist in the housing market.  Distressed sales and potential distressed properties inventory still dominate the market.  The potential home inventory exceeds the stated inventory because of shadow inventory numbers and distressed values of housing.  The National Association of Realtors figures include houses on the market, not potential future inventory.   The estimated shadow inventory is up to 4MM units.   This number is further compounded by underwater borrowers (11 MM by most estimates with Zillow even higher ) who are trapped in existing homes at values less than their mortgage balance as well as by mortgage modifications (some 1MM under HAMP and 4 MM Hope Now) many of which re-default within 12 – 18 months after modification.  Both of these sources will inflate future housing inventory levels.
The second problem is financing.  Lawrence Yun, NAR chief economist said, “The housing market is clearly superior this year compared with the past four years,”  and  “Actual closings for existing-home sales have been notably higher since the beginning of the year and we’re on track to see a 9 to 10% improvement in total sales for 2012.”  Notice that Yun states that sales will increase 10% this year, yet according to the Mortgage Bankers Association sales are only 20% of total current residential mortgage loan financings.  Refinances, not housing sales, are driving the mortgage financing market.  Even a 10% increase in sales this year belies a healthy housing market.
The Mortgage Bankers Association projects total single family residential financings of $1.2 Trillion this year.  While that is slightly higher than last year’s results and  20% higher than their earlier projection this year, it is still only one half of the total financing volume in 2007.  The financing market is still overly dependent upon Freddie, Fannie and the FHA.  These government entities in the absence of Administration and Congressional reform (the House has passed reform measures, Harry Reid and the Senate seem absent), now provide more than 85% of residential financing.   And with every home refinanced, the archaic GSE model draws additional capital funds from the American taxpayer, a subsidy engineered to perpetuate the government’s failed social engineering.  Until private funds return to the mortgage market (likely requiring higher rates commensurate with risk), financing volume and increasing owner occupied homeownership will languish.
Washington, DC and this Administration continue to rely upon active Federal interference and artificially low interest rates to magically re-awaken the housing market.  It hasn’t worked over the past 3+ years and it won’t work.  Until the residential housing market is unfettered, hope of a sustained improvement in the housing and housing finance markets will continue to be nothing more than myth!
Pete the Banker is a Portland area banker. And that’s all we’ll say because we know what happens to Portland Businessmen who are more conservative who speak truth to power, er, tyrants.
Tell ’em where you saw it. Http://www.victoriataft.com