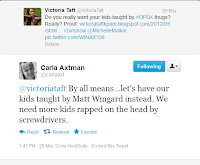 *Correction on Wingard’s marital status. Thanks, AM.

Oregon State Representative Matt Wingard announced late this afternoon he would not run for re-election. This comes after a days long drama that has roiled the Oregon Republican Party and involves political vendettas, a randy law maker, and a sympathetic young woman who accused the Wilsonville Republican of engaging in a consensual sexual relationship with her and possibly more shady dealings.

When the Blue Oregon crowd started slashing away at Wingard at the end of May on Twitter I knew they were teeing him up for a bigger attack. BO’s attack dog took to twitter and commenced talking about how Wingard “tortured” his son with a screw driver. 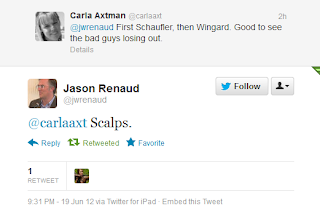 I rolled my eyes, but took note of the tweet. The left was going nuclear on Wingard and bringing up old divorce stories with his ex wife  girlfriend and attaching a new, elevated attack word: “torture.”  While I can’t find the tweet tonight, this attack was a cheap shot, hackneyed and hyperbolic, but troubling just the same. Troubling because I knew something was coming for Wingard and the left was going to go after him with gusto.

The reasons are understandable. Wingard presents a clear and present threat to the left. He’s savvy, smart, and is a 21st century pol. He showed the way for Oregon Republicans to use social media–especially You Tube–in going around the moribund mainstream media and directly to the in-boxes of his constituents. He is an effective and polished leader on education issues and is a bit of a wonk.  Wingard was elected in 2008 but was elevated to leadership in this last legislative session. He was considered a rising star.

Little did I know when the left was teeing up Wingard for a future attack that they were getting a big assist from the head of the Washington County Republican Party, Rachel Lucas. Lucas’ daughter is friends with the victim and had worked with her in Salem.

Rachel Lucas did the right thing and went to Republican leadership with her concerns about the allegations by her daughter’s friend. See them pictured nearby at a friendly dance party. But Wingard and Lucas had crossed swords before. She believed Wingard had cost a family member a political post. The reported bad blood that followed was characterized as a political vendetta.

Today Wingard issued a statement (here). The following is an excerpt:

After balancing the tremendous respect that I have for the voters, and above all, my concern for my family, I have reached the decision not to seek another term as District 26 State Representative.
I will continue to serve in office until a new representative is elected and sworn in. During my time of service, we’ve accomplished many things that have made this District and our great State a better place.
I decided to run in 2008 because I could not find an education reform champion in the Oregon Legislature. Giving low-income and minority children access to a world-class education has been my passion for more than a decade. I am very pleased that last year we were able to pass the most comprehensive package of education reforms in Oregon history giving tens of thousands of parents and students more school choices. I am dedicated to that political struggle.
I wish to thank my family, especially my son, my dedicated staff, and all of my friends within the Republican Party.  Thank you for the hundreds of messages of support.  I will forever be grateful to you for your kindness.

Pursuing a sexual relationship with a much younger person, especially a person in your employ shows very bad judgement. It’s flat wrong. It’s stupid. Matt is now paying the price. I wish him well.

Furthermore, I challenge the left, which is gleefully receiving news of Wingard’s fall from grace, to be mindful that one of their own is under scrutiny for some of the same –if not worse–things that Matt Wingard is alleged to have done. Would that their glee be the same for his political demise as Matt’s. I’m not holding my breath.