When the US Supreme Court allowed the EPA to consider CO2 a “pollutant” and a “danger” (based on global warming washing away Massachusetts beaches (?!)),” we knew we were in for it, but now the Oregon DEQ officials have decided to jump the gun and insist all Oregon busineses toe the line and reduce their CO2 output before the EPA issues its guidelines (note Oregon was a petitioner in the case. Here.) The comment period for the CO 2 is expected to be reopened.
As you can see below in the discussion of the Waxman Markey Boxer Kerry bills (hereinafter r

eferred to as the global warming bills) the effect on energy production, farming, and manufacturing will result in more job loss and a slowing of the productivity (duh) of Oregon businesses. Consider, for instance, the reduction in CO2 in the past two years. This reduction is solely due to the recession being responsible for closing businesses and curbing productivity. This is the Democrats’ permanent plan for America. They’re starting in Oregon.
Oregon vacillates between having the highest and 4th highest unemployment rate in the country. A ruling such as this would only —do I even need to make this point?–exacerbate this. Some Oregon counties have seen their unemployment rates double in a year (here). More job losses would –I don’t know–kill entire towns? Communities? Maybe that’s in the Democrats’ plan, too.
The Democrats know they’re killing jobs. They’re willing to sacrifice Oregon growth and productivity (i.e. your job) for their uptopian view of the world. And, as we see from the previous post, what is the net gain for killing industry in Oregon and the rest of the country? From their OWN CLIMATOLOGISTS:

All of these costs accrue in the first 25 years of a 90-year program that, as calculated by climatologists, will lower temperatures by only hundredths of a degree in 2050 and no more than two-tenths of a degree at the end of the century.

Ah, yes, hundredths of a degree reduction in global warming. Eventually, in a hundred years, we might even work our way up to 2/10’s of a percent difference.
From the Zero today: 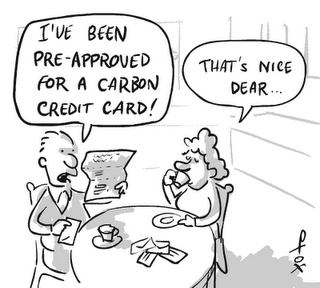 nts. But literally millions of places, from schools to farms, release that much carbon dioxide, the leading greenhouse gas. So the EPA settled on a threshold for greenhouse gases of 25,000 tons per year.In Oregon, that threshold captures at least 33 facilities, according to the state Department of Environmental Quality.

So what happens to Oregon under this new DEQ rule? According to the Zero today it would make electricity coming from the Boardman coal fired power plan higher because of the cost of retrofitting, hurt Legacy Meridian Park Hospital, and cause Oregon State University to do something with its brand new power plant that it just installed.
Great. Higher costs for energy, health care and higher education. Thanks Democrats!
Right now, I’m told, they’re trying to figure out a way to implement their draconian plans AND blame George Bush for it.
Remember, if they’re willing to consider CO2 a pollutant, there’s no stopping them from dictating every breath you take. Maybe not today. But tomorrow.
Personal carbon credit cards, anyone?