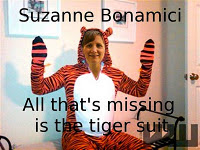 And to the Oregon Republican Party, the NRCC and the Oregon Tea Party: You’ve all just gone on record as writing off this Congressional District forever. Good luck trying to beat an INCUMBENT when SloBo seeks re election –even with new redistricting lines.

The people of the 1st CD–moderates and conservatives–you have just seen your representation get sold out; declared unworthy of support.

And a personal word to Suzanne Bonamici: You supported a man for years who predated upon women and you knew it. He is a man you called a friend and your husband served as consigliere. You supported his campaigns and covered up for him. And your SuperPac buddies in Emily’s List, NARAL and Planned Parenthood–the women’s movement–support you. The “women’s movement” is deader than dead.

**And a late ad which was going to be left for a later post: Cornilles himself did not ask for help. He didn’t ask the Oregon Republican Party for much help, didn’t ask the NRCC for much help and certainly did everything to distance himself from the Tea Party. With that said, I still think the right should have fought for the seat.