By Pete the Banker

President Obama said earlier this month, “We know we still have a lot to do, in conjunction with nations around the world, to strengthen the rules governing financial markets and ensure that we never again find ourselves in the precarious situation we found ourselves in just one year ago,”

He went on to suggest formation of domestic as well as International systematic risk regulation. 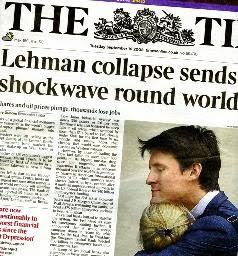 the challenges of the 21st century.”

In an address on September 15 speaking in commemorating the anniversary of Lehman Brothers collapse, Obama said “…some firms that posed a ‘systematic risk’ were not regulated as strongly as others, exploiting loopholes in the system to take on greater risk with less scrutin y.”

Apparently, Obama and his advisors are unfamiliar with the massive international push for liquidity in the past decade spawned in part by the Basel Banking Accords, adopted by Central Bankers and Regulators, which allowed the use of Credit Default Swaps to supplement bank capital reserves. This promoted the development of the CDS market and the massive rise in use of CDS, which ultimately contributed to the collapse of AIG and the spread uncertainty to the capital markets.

And the Administration is silent about another International regulatory trend contributing to the capital market collapse and near demise of several major banks, the Security and Exchange Commission’s promulgation of the adoption of International Accounting Standards including Mar

k to Market Accounting. And while a moratorium was adopted in MTM Accounting last Spring, the regulations are still mandated for full implementation between 2011 – 2013.

Perhaps, it wasn’t the absence of International Regulation, Mr. President, but its presence that accentuated the collapse of the capital markets and the recession that followed.

system incurring greater risk without scrutiny”, yet gave no mention of the demise of Fannie Mae and Freddie Mac who were subject to Congressional oversight (Mr. President were you asleep?) and were far more over leveraged than Lehman.

Why Mr. President are you pointing the finger of blame only at Wall Street, when Washington DC and Federal Regulators were intimately responsible for helping create the very problems and International Regulations that caused the collapse. And why when regulators helped create the market for CDS were they allegedly unaware of the impending problem that Wall Street is now blamed for creating? And where was Congress in the face of the massive liquidity and over leverage build up both domestically and internationally?