From the Tacoma Tribune, “The new 10th District is centered on Olympia, includes some of Pierce County and reaches up into Shelton. It has no incumbent living in it and is divided between Republican and Democratic leaning areas.”

It appears the 3rd Congressional District loses much of Thurston County and gains all of Klickitat County, making it more of a Republican district, which will help Jaime Herrera Beutler, who so far faces no significant challenge for reelection.

Waiting on maps of legislative districts. 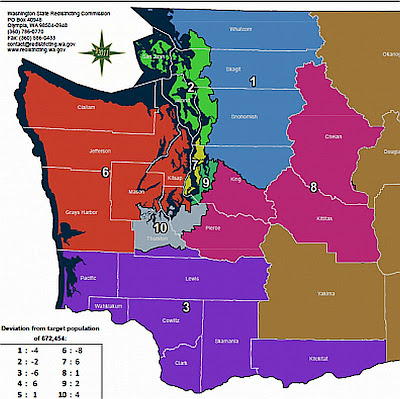