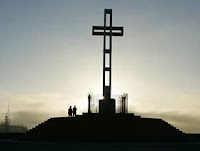 DON’T YOU REMEMBER US?
By Lew Waters
I remember that day long ago when I decided to join the Military. I know you can’t remember that day, but I do. I hoped I might not have to travel half way around the world to fight in that war long ago.
You looked proud of me then, but I could see the fear in your eyes. I could feel the apprehension inside of me, fear of the unknown, Basic Training, maybe fighting. But I went because it was the right thing to do.

I remember feeling so proud to put on the uniform and have my photo taken during Basic Training and how in your letter you said I looked all grown up and how proud you were of me. 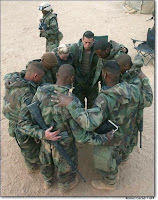 I remember completing Basic and being sent off for more training in the skill the Military would assign me to do and the day towards the end when my orders came that I was being sent off to that far away land. I was going to war to help preserve someone else’s freedom and stand against those who would oppress others.

I came home for a short leave and asked you to marry me, but you said no, not at this time. We were too young and I would be gone too long, we should wait.
I kissed you goodbye and hugged you, not wanting to let go, but I did.
I remember landing in the airplane and after being processed into this far away land, being sent off to the unit that would be my home for the next year. My fear did not subside, but I learned to hide it well, just as all the others did.
I remember that year as if it were yesterday, the horrors I saw, the sounds I heard, the acrid smells around me. But I was doing what must be done to preserve freedom, not only for those we fought for, but for you and those who would come along after us.
I came home and you were there to greet me with open arms. Your tears told me you had really missed me and now, it was you that couldn’t wait to be married to me, even though you knew I was to return as soon as my leave was finished.
I remember you in your white gown and me in my Dress Uniform, now sporting a few medals.
I remember our first kiss as man and wife and looking into your eyes, seeing how much you loved me and the fear of my returning to war seemed less than before.
Our time together as married was too short, but I had to return. I had a job to finish and finishing meant you would be protected in the years ahead as would any children we would have later.
I remember your letter telling me I was going to be a ‘Daddy,’ and to be careful. I was so proud and wanted to be there to show you.
Another year would soon be up and I had been careful so I would return to you. I beamed with pride when I received your letter and saw the photo you sent of you holding our newborn child. It would only be weeks now and I would be back with you, a civilian again, my job and time served completed. I will have served my country with honor.
I remember hearing the rapid popping noise like firecrackers, but knew the sound of an AK-47. The sirens went off, things began exploding around me and I remember thinking how this can’t be happening, not now, I’m too short for this, I want to hold my child and my wife.

Something hit me, once, then twice, and then a third time and it burned. It knocked me down and I couldn’t get up, everything was blurry but became peaceful and quiet. Then it all went black.

I don’t know how they told you or how much you wept when they came to tell you what happened to me, but I saw you at my funeral, sitting there all dressed in black and the tears streaming down your cheeks. You had our child with you and my parents where there, also weeping. I tried to wipe the tears off your cheek and tell you that I was okay, there was no more pain.
You cried as they handed you the folded flag and could barely stand as they lowered me into the ground.
I was pleased that you placed the flag in an oak case along with my medals and a photo of me. I was happy to see you find a new love and remarry and watched from afar as you had more children and your new husband accepted our child as his own.
I heard as you and your husband told our child about me and what I paid so that others could be free and I could see that he too was growing into a fine young man. I was even proud when he too decided to don the uniform of the United States of America and even when he decided to make a career out of the Military.
I remember every Memorial Day when you and your new family came to the ceremony to pay respects to all of us up here. We were there behind the podium then spread out among the crowd that gathered. We all wanted to tell you that we loved you and that we could never forget you. You were the reason we sacrificed as we did and we would gladly do it again.
I remember how as children, we watched as every Memorial Day a parade was held. Aging Veterans marched proudly through the center of town. Some in wheelchairs, some hobbling along, but all proudly wearing the uniform they once wore daily.
The parades seem to be a thing of the past, though. Replaced by yearly ceremonies. I was troubled that the crowds every year became smaller and less people came. Backyard barbecues and merchant sales began taking over for people stopping by the Memorial in town where you all once came to pay your respects.
Then came that fateful day in 2001, September to be exact, when airplanes were flown into buildings and many people died. We knew our numbers would be growing soon and prepared to greet new arrivals.
I watched as once again the numbers at Memorial Day ceremonies grew and we gathered there with you, happy to see faces we hadn’t seen in years.
I wasn’t prepared to greet our son, but he knew who I was right away even though he had never met me. We hugged long and hard, the hug I had wanted to give him so long ago. 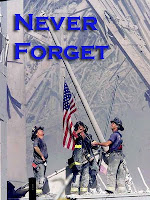 We traveled together as once again; we saw you accepting a folded flag, this time for our son and you placed it alongside of mine.
We were together that day and every Memorial Day when you, along with his brothers and sisters came to the Veterans Memorial in town to hear the speeches and to say how much you missed us that first couple of years.
But, you weren’t there last the couple of years. What happened? Did we make you mad? Did the pain of remembering us become too great? Did you listen to those voices screaming out how wrong we were for going or believe them as they said we were the bad guys? We see you at home in your backyard.
Grandchildren are there now, along with friends and neighbors and you are laughing, playing games, having fun. Our folded flags have gathered dust and are in a box.
Have we been forgotten?
There are so few of you that still come. We hear far too few words of thanks any more. We are happy that you can enjoy life and we miss being there with you, enjoying it too. 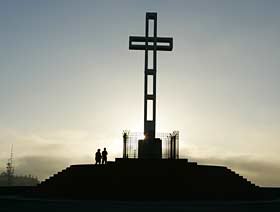 Our Memorials are being vandalized, stolen and neglected. Many have fallen into disrepair, so few stopping by today. Our Memorials are under assault and
Courts are deciding to tear them down, falsely claiming them to be religious symbols and you aren’t speaking out. 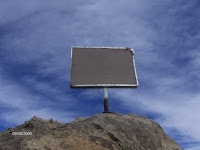 We miss you and think of you every day. We know what the price of freedom is as we paid the high price and would gladly do it again.
We remember you. Don’t you remember us?
Tell ’em where you saw it. Http://www.victoriataft.com