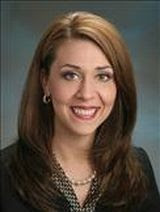 Within 2 hours of hearing the announcement of Democrat Brian Baird not seeking re-election, State Rep. Jaime Herrera has thrown her hat into the ring for the open seat.

UPDATE: the Columbian has Herrera saying she is giving the matter “serious consideration” and will “make an official announcement about her plans next week.”