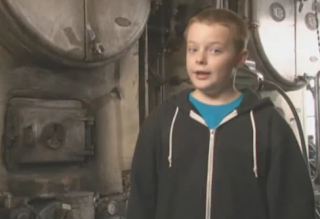 Years ago I lodged a complaint against the Parkrose School District for using the taxpayers’ email to send out an appeal to vote ‘yes’ for the local school tax increase.  The missive went out to all teachers and parents–hundreds of people. It was signed by the Superintendent. This was obvious electioneering using public resources in violation of state election law. For being found guilty of using public resources to electioneer, the Superintendent was fined a whopping $75.00.
I won the complaint; they won the election.
You can buy an awful lot of influence for 75 bucks.
So it is with the latest case of a Portland Public School bond campaign in May. A total of eight Portland Public School employees –including the Superintendent and the district’s top spokesman, Matt Shelby–have been found guilty of election wrong doing.

One of the eight lawbreakers included the school modernization czarina, Sarah Schoening who sent out a pamphlet made with school resources to sell the tax increases:

After completing a thorough investigation, the Elections Division has determined that the activities performed by Sarah Schoening regarding the measures, did constitute advocacy in support of Ballot Measures 26-121 and 26-122. The review Schoening provided did not produce impartial, unbiased information about the measures.

And for this breach of faith and abuse of the elections laws she received: a $75.00 fine. 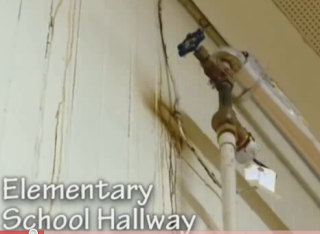 The school district batted .500. In other words, they won one and lost one. Not bad for measly elections violations worth $75.00. (Reasons I believe they lost the bond measure include the recession and how we outed the blatant lies told in their own ads. See links below)
Jeff Reynolds, one of the five complainants in this Portland Public School case told me,

“I must say that I’m torn. While I welcome the recognition by Secretary Brown that deliberate wrongdoing occurred, I’m deeply disappointed with the lack of deterrence in this toothless statute. It’s clear to me that without some sort of real penalties, this episode will only show others who wish to undermine our electoral process that there are no consequences. This is not a victimless crime – indeed, all Oregon voters are affected when any election is tampered with. I think such actions ought to result in real penalties, not a slap on the wrist.”

I agree with Jeff. That’s why it’s been my position for a long time that the $75.00 penalty should stay in place and be applied to every single person/email/pamphlet that has been produced and sent. In other words, for every email sent there should be a $75.00 per email address fine. For every pamphlet produced there should be a $75.00 per pamphlet fine.
One party has ruled the executive branch of this state for going on 30 years. The unions run the teachers and government bureaucrats run the schools. Since they’re the ones with all the money around here it just seems sporting that they should pay dearly when using taxpayers’ stuff to buy an election.
Stay tuned for more fall out on the PPS School bond and levy election. Previous posts on the lying in the commercials in favor of the bond and levy, the fact that the company paid to do the assessment of the schools is not licensed for that work in the state of Oregon (a complaint has been lodged), and the amazing amount of money the unions put into this race can be found here, here, here, here, here, here, here, here, here, here, here, and here.
Tell ’em where you saw it. Http://www.victoriataft.com