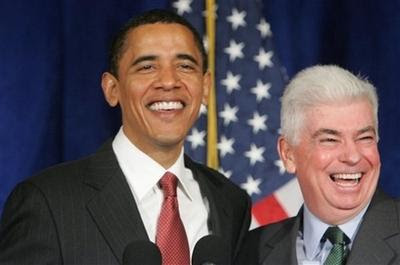 In all of the defenses being foisted upon the American public over the Obama administrations poor performance in regards to the Christmas Day thwarted terrorist attack aboard Northwest Airlines Flight 253 just prior to landing in Detroit, Michigan, an amendment submitted by Democrat Senator Christopher Dodd (Conn) (who avoided serving in Viet Nam by managing to get into the Army Reserves) has surfaced that previously slipped under the wire.

This past July 2009, Dodd attached an amendment to the Department of Homeland Security Appropriations Act, 2010 “reducing aviation security appropriations by $4.5 million in favor of firefighter grants,” shown to be highly ineffective.

I’m sure that this unnecessary diversion of funds for explosives detection at airports had nothing to do with support from the Firefighters Union in his failed bid the presidency, right?

Apologists for the Obama Democratic cartel try to divert attention away from their lack of protecting the American public with wild claims that Senator DeMint is single handedly blocking any nomination of a new chief to TSA, ignoring that the agency has an acting head and that Obama lolly-gagged around for some 8 months before even proposing a permanent head to the TSA.

Also ignored by pundits wishing to protect Obama, Democrats have kept the House and Senate bogged down for months with the rush to Health care reform and Cap & Trade, ignoring the increasing threat of terrorist strikes against America since President Bush left office.

Hopenchange is beginning to look like hope we can survive the 4 years of Obama and change to a government that actually is willing to protect the country, not just take from defense during a war to give to Union supporters.