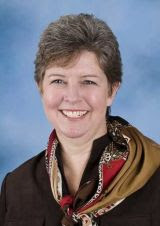 Democrat Deb Wallace has announced she is in the running for the seat being given up by Brian Baird.

Wallace, has 4 terms representing the 17th District as a Democrat. Former President of the Downtown Vancouver Association, she also has served on the boards of Lower Columbia River Estuary Association and 211-INFO. She recently gained favor with many Clark County residents from both sides of politics for her efforts at ending Oregon residents sales tax exemption when they make purchases in Washington State.

Other Democrats who said they were considering running yesterday were Sen. Craig Pridemore and State Rep. Jim Moeller. Neither has made any announcement yet.