Do you know what I think is so galling? First that the “Bush tax cuts” (thanks, President Bush!) were ever allowed to be considered temporary, and, second, that the Democrats somehow think they’re entitled to OUR money–as if the government lay first claim to the fruits of our labor!
The latest installment comes from the Accidental Senator, Jeff Merkley, who is urging the Dems to let the Bush tax cuts lapse.
Money quote (if there is such a thing from him):

“I’m encouraging my team to realize we have lots of leverage on this,” he explained. “This is not a situation where you go to the table and you’re desperate to get a deal. Republicans are concerned about the [automatic] defense cuts. I personally feel that there’s probably a fair amount of defense cuts that are absolutely needed. 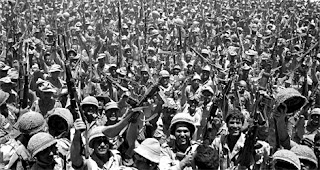 Reprinted with permission by the author

We’ve pointed out recently here that Oregon is being considered a toss up state in the upcoming 2012 election. Obama is up by only 4% in the polling cited by Democratic strategist, Joe Trippi, and Republican strategist, Karl Rove. Trippi says that means Obama will have to start spending more money here to retain Oregon in the blue column for 2012.
Watch the latest video at <a href=”http://video.foxnews.com”>video.foxnews.com</a>

President Obama has now tried to remake himself into some sort of fiscal conservative. It’s a step in the right direction: at least he acknowledges that in order for him to win he’s going to have to convince enough suckers to believe he’s bringing down spending. In other words, Republicans have a winning message. Thank you, Tea Party.

So perhaps they’d best keep away the latest piece in the Wall Street Journal from the suckers. In today’s piece, Stephen Moore and Art Laffer track the spending that began going into hyperspace when

Nancy Pelosi took the gavel and Obama gets into power. Bush isn’t spared, either. He could have vetoed some of the spending to make a point, but didn’t.

Here are a couple of excerpts from their piece here:

After taking office in 2009, with spending and debt already at record high levels and the deficit headed to $1 trillion, President Obama proceeded to pass his own $830 billion stimulus, auto bailouts, mortgage relief plans, the Dodd-Frank financial reforms and the $1.7 trillion ObamaCare entitlement (which isn’t even accounted for in the chart).

Listen to Stephen Moore talk about the reasons why spending dipped in 2010. 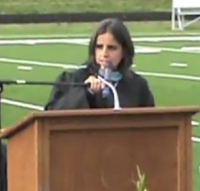 Roosevelt’s Spanish teacher was an honored speaker at the Portland high school’s graduation celebration. She dotted her brief remarks with no fewer than three references to Si Se Puede, Yes, We Can, a political chant used by President Obama in his 2008 election and one which is used by Latino activists.

In slavish devotion to the President, she mentioned her visit to the White House and waited until the audience started clapping.

The Roosevelt Spanish teacher was given the 2011 Teacher of the Year honor which came with a $5000 prize and visit to the White House. When she was chosen this is what State School Superintendent Susan Castillo said of her,

“The Oregon Teacher of the Year is one teacher who stands for many—a teacher who exemplifies the qualities we look for in an outstanding educator, mentor, and leader,” said Superintendent Susan Castillo. “Elena Garcia-Velasco is all of these things and more. She is a passionate and dedicated educator with a deep commitment to equity, closing the academic achievement gap, and helping all of her students achieve at high levels. A leader in her school and district, Elena works tirelessly to help her students learn, grow, and achieve their dreams.”  [emphasis mine]

Thanks to Laughing at Liberals for sitting through some of the worst prose and speechmaking ever, ever. I say that because we have more of the speeches coming up in later posts.