James O’Keefe has proof. The Daily Caller has the exclusive story here. Here’s the tape:

The raw video provided by Tri Met to the media of the beating has been removed. Because it contained hate speech. That should just about cover it. 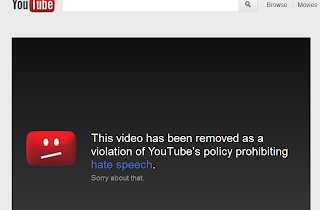 James O’Keefe has proof. The Daily Caller has the exclusive story here. Here’s the tape:

The raw video provided by Tri Met to the media of the beating has been removed. Because it contained hate speech. That should just about cover it.

FULL COVERAGE ON THE PROGRAM TODAY. VICTORIA TAFT 11-3 ON AM 860 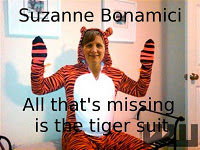 Sheesh, who can blame her. Would you want to be the one who helped cover up for your bud–a Congressman- who’s also your husband’s client who is accused of rape, sexually assaulting the teenage daughter of a friend, popping pills–which weren’t your own–and drunken behavior?
No wonder Suzanne Bonamici kept saying in tonight’s debate she didn’t want to talk about it.

The United States Coast Guard has a long history of protecting our coastal waterways and shorelines. They state on their website,

“For over two centuries the U.S. Coast Guard has safeguarded our Nation’s maritime interests in the heartland, in the ports, at sea, and around the globe. We protect the maritime economy and the environment, we defend our maritime borders, and we save those in peril. This history has forged our character and purpose as America’s Maritime Guardian — Always Ready for all hazards and all threats.”

Serving in the U.S. Coast Guard has often been shown honorable, yet hazardous in many of their missions.

Most Americans hold the Coast Guard, along with the rest of our brave younger people in other branches of the Military in highest regard, recognizing the sacrifices made on all of our behalf and appreciating their performance in the duties.

Apparently not in that group of appreciative people is members of the San Francisco Labor Council who has issued a condemnation of the announcement that Coast Guard vessels will escort the first ship due to dock at the EGT Grain Terminal at the Port of Longview, still embroiled in a labor dispute with ILWU local 21 in Longview, Washington.

The Longview Daily News reported on January 6, 2012 news of the Coast Guard escorting the first grain ship to dock at EGT’s terminal as large protests are also scheduled to meet the ship, with expectations of a repeat of the tactics seen before as ILWU members and supporters trespassed on company property, vandalized grain shipments in rail cars, terrorized security guards and blocked trains, drawing over $300,000 in fines from federal court for their illegal acts.

Jeff Washburn, president of the Cowlitz Wahkiakum Central Labor Council announced his group has passed a resolution calling for a protest, but stops short in calling for blocking the ship, a viewed shared by the ILWU.

However, the Occupy Anything But A Bar of Soap people see things differently as they have issued a nationwide call for supporters to stage a massive protest to interfere with the loading of the ship.

Lt. Lucas Elder, a spokesman for Coast Guard’s Portland-based marine safety unit responded saying, “The Coast Guard is definitely going to be involved in making sure the port is safe.” He also adds that smaller boat captains refusing to get out of the way could face “hefty civil penalties.”

Maybe those who might think their smaller boats can stop a ship should think again as a ship is even harder to stop than is a train. A civil penalty just might be the least of their worries should they decide to place smaller vessels in front of a ship trying to get to port.

Particularly offensive to me in reading the San Francisco Labor Councils condemnation here is seeing the deep disdain they place on our military services. Reading the resolution you find,

“Whereas, now the US military, which has been oppressing, bombing and threatening other nations [a military that’s paid for with the workers’ taxes] is now being used against us, against American working people and our unions. To quote ILWU international President McEllrath: ‘ILWU’s labor dispute with EGT is symbolic of what is wrong in the United States today. Corporations, no matter how harmful the conduct to society, enjoy full state and federal protection while workers and the middle class get treated as criminals for trying to protect their jobs and communities’.”

Such language is what we could expect to hear from the malcontents in the Occupy Anything But A Bar of Soap people as well as the low-life anti-war crowds who see the Military and those serving in it as something less that human, worth only their disgust.

In reality, it is the other way around.

Their cries of the Military being used to “bust unions” are just ridiculous. As has been shown time and again, EGT hired another union to work their port after efforts by ILWU negotiators to shake down the company cost the ILWU the contract.

Protesters now spewing their filth towards our Military fail to see that the presence of the Coast Guard is as much for their safety as it is to protect the ship and its crew. As I mentioned above, smaller craft don’t stand a chance if they try to block the ship.

Would protesters, who have shown they feel no laws or decent conduct applies to them, try to storm the port and the ship? I have seen no reason to believe they would not.

Protesting is one thing. Terrorist acts against a vessel in our waterways are another.

I applaud the decision to give the ship a Coast Guard escort, seeing that the protesters cause more harm to themselves and others than any message they claim to have.

It’s also time Unions grew up and recognized how they have helped drag down our economy with their greedy demands that has caused several companies to close their doors in America and seek operations overseas where labor is affordable.

I hope again that any that plans on putting their smaller boats in front of the ship to stop is reconsider. But if they don’t, they have no one to blame but themselves.

Leave the children at home this time, if you really love them.