Dear Editor:
The recent news that DOT is deploying a high tech solution to the daily problem of congestion on I-5 makes one wonder how the inmates got control of the asylum.  Having spent my university years in the area most affected by traffic congestion I dealt with nearly impossibly congested traffic, once even crossing the most complicated freeway interchange in the world, the Los Angeles interchange to get to my summer job twice a day.  I drove from my neighborhood to Pasadena and back every day.
The problem DOT is now deploying traffic sensors to solve was solved many years ago without sensors or variable speed limits decided by computers.  In the early sixties and before the traffic was self monitoring simply because when too many cars were in the system to be moved at fifty five miles per hour the traffic slowed.  I often passed signs in those times indicating a speed limit of 55 at the speed of a person walking at a slow stroll.  I usually drove at the speed limit plus the extra allowed before a citation would be issued unless there was a car ahead of me traveling slower.  It seemed prudent to avoid accidents.
Just because technology is available it doesn’t mean that it is the best solution.  In my dental education I learned that the KISS rule was the best answer to many problems  “Keep it simple stupid”.  My father worked for Rockwell International  in the early sixties and they built the rapid transit cars for Washington DC.  Many hours were spent trying to develop an automatic system which would keep the doors of the cars from closing on a passenger trying to enter the car.  Having seen the solution in Paris the summer before my dad suggested that Rockwell do what the French had done for many years.  The necessary human sitting in the front of the train would check if the doors were clear before closing them. Cost of solution $0.
DOT has come up with a solution for a problem which doesn’t exist.  The answer to the problem is to make the road capacity larger (more traffic lanes) or make the number of cars traveling smaller. Mexico City gives each driver a windshield sticker indicating one day of the week ie L for Monday in Spanish. The car is not allowed to be driven in the city on that day, eliminating 20% of the traffic during rush hours at the cost of a sticker) KISS.
Possible real solutions would include, more people telecommuting, fewer cars allowed on the highway each day, or varying the work hours of commuters.  All DOT’s solution does is keep the status quo while spending taxpayer dollars on a useless project. I suggest that the maximum speed of safe travel is already determined without expensive stupidology.
Have a safe trip and don’t run into a car going slower than you are, use the left or middle pedal.
William Edell 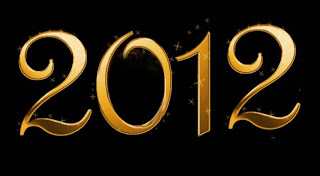 My New Year’s Resolution is to fight hard for a new President. Maybe we can turn this around.