Unbelievable that anyone can think the above, much less ask it. But, on of the union rioters in Wisconsin did just that. More than just that in the video, but it shows the ongoing attitudes and that others completely miss who is paying their wages and benefits.

But, “Why do you have a right to your money?” That has to be the most ludicrous question I have ever heard.

Follow
Earl, just in case Politifarce is re checking its work (and we know that is no guarantee of getting to the truth), you all might be interested in the truth about ObamaCare from Jacob Hacker, the man who conceived of the dual idea of government health care alongside of private care to purposely lead to single payer (government owned and operated) health care.

“Someone once said to me that this is a Trojan horse for a single-payer. Well, it’s not a Trojan horse, right? It’s just right there! I’m telling you. We’re gonna get there. Over time, slowly. … We’ll do it in a way that we’re not going to frighten people into thinking they’re going to lose their private insurance. We’re going to give them a choice between public and private insurance, we’re going to let them keep their private employer-based insurance if their employer continues to provide it.”

Let the gaveling begin:
Don’t you love it how Earl asks for bipartisanship now? Where was he when we begged them not to pass this disaster? Oh, yeah, hanging only with Democrats behind closed doors in secret.
Here’s the father of ObamaCare, Jacob Hacker, calling you a liar, Earl.
Keep running, buddy.
Tell ’em where you saw it. Http://www.victoriataft.com

The older I am, the more amazed I become at hearing the same old cockamamie crap coming out of some people’s mouths. Even after being seen a total failure every where it was ever tried, there are still those who think they are downtrodden and mistreated by having to work for an employer in order to earn a paycheck.

Socialists are still pushing their idiocy in universities, unions and wherever they can attract a person to listen to their hyperbole.

Rob Lewis, the young socialist featured in the following video is a prime example as he complains about his employer and having to adhere to an employer’s instructions on how he desires his business to be run.

Aaron Kennedy, the founder of Noodles, where Rob Lewis works “scraped some money together from his friends and family and after maxing out eight credit cards, opened the first Noodles in his basement. He then put together a team with whom he’d build and operate 100 Noodles branches all on their own. It has grown into a $75 million franchise with 240 locations in 18 different states, providing jobs to over 3,000 employees just like Rob. This is what the American Dream looks like under capitalism.”

Lewis, joining the public union protests in Madison, Wisconsin, even though not in any of the unions, feels he is entitled to what Kennedy built with his hard work and vision just because he wants more. As shown at Brietbart’s Big Government, even though Kennedy put the company together and expanded all on his own, with the help of other investors, “Lewis and his fellow Noodles employees, whom he describes as ‘the workers,’ would act as a virtual board of directors, while the owner, the ‘capitalist’ would be kindly offered a seat at the table, but would be forced to accept their terms and sit down as a ‘co-equal,’ or be simply kicked to the curb.”

That is the socialist dream.

America was almost a socialist utopia as the earliest Pilgrims tried a collectivist system first that failed miserably. As can be expected, even though recorded in history, it is being hailed “a myth” by none other than the socialists themselves and supporters.

Myth or not, the story points out the basic flaw of socialism and Karl Marx’s oft repeated slogan, “From each according to his ability, to each according to his need.” It is contrary to the basic inherent nature of mankind, to build a better mousetrap, to improve your state in life or to succeed. Why bother if all the fruits of your labor go to those who do not contribute to your effort?

In the case of Aaron Kennedy, he started alone and by borrowing, which had to be paid back with interest or dividends, built his company from there. Why should he have that taken from him by the likes of Rob Lewis who came along long after seeking a paycheck and who now thinks he is entitled to an equal share?

I couldn’t help but note the little capitalist gesture at the end of the video, as a magazine is exchanged for cash. Shouldn’t a true socialist be willing to just hand it over without expecting payment? Are they practicing “no profit for thee, but profit for me?”

Just one final question for the young socialist Rob Lewis. Should you succeed in setting up this socialist utopia you desire, once you remove the driving force from behind the business and his rules and regulations that made the business expand and succeed by giving customers what they desired, not what they are told they will receive, who do you expect will sign your paycheck? 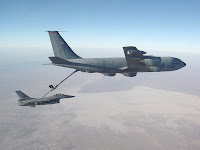 Glad to hear most of my inlaws will have work for many years to come, but wonder of the pay off that must have occurred to bring this about.