Just a spoof, but also shows just how congress mires itself down all too often.

Got to love the Onion at times. Funny, but close to truth as well.

Just a spoof, but also shows just how congress mires itself down all too often.

Got to love the Onion at times. Funny, but close to truth as well.

6,849 Words, 27 standing ovations and lasting just over an hour.

Lofty words, calls for “unity” now that his party no longer has a stranglehold on government, but is “This is our generation’s Sputnik moment” really a viable plan?

Lots of anecdotal history mentions, but concrete ideas? He said he would veto any bill containing earmarks, but hasn’t the left claimed all along that earmarks don’t add to the deficit?

And, what shows up in my email a half an hour later” 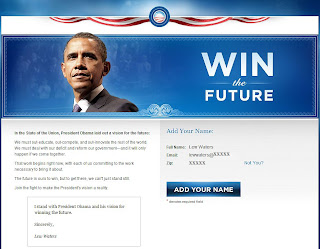 “An overwhelming majority of Americans approved of President Obama’s overall message in his State of the Union on Tuesday night, according to a CBS News Poll of speech watchers.”

“91 percent of those who watched the speech approved of the proposals Mr. Obama put forth during his remarks, while only nine percent disapproved.”

Buried towards the bottom of the post, “Americans who watched the speech were generally more Democratic than the nation as a whole.”

Did the GOP response offer anything? “A few years ago, reducing spending was important. Today, it’s imperative.”

“What we already know about the President’s health care law is this: Costs are going up, premiums are rising, and millions of people will lose the coverage they currently have. Job creation is being stifled by all of its taxes, penalties, mandates and fees.”

“Businesses and unions from around the country are asking the Obama Administration for waivers from the mandates. Washington should not be in the business of picking winners and losers. The President mentioned the need for regulatory reform to ease the burden on American businesses. We agree — and we think his health care law would be a great place to start.”

What else can be cut?

“The president could also turn back some of the 132 regulations put in place in the last two years, many of which will cost our economy $100 million or more. And the president should repeal Obamacare and support free-market solutions, like medical malpractice reform and allowing all Americans to buy any health care policy they like anywhere in the United States.”