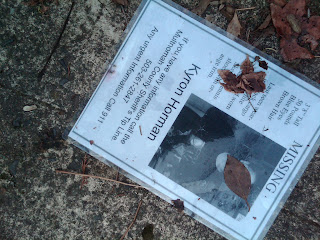 This photo has been posted in my neighborhood from practically day one. Today I walked Lucy in the ‘hood and found this. It symbolizes loss, hopelessness. Please Kyron task force find out who took this kid. 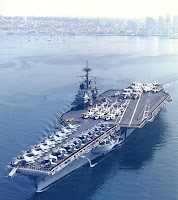 This is where I’ll be going for my tree, wreaths and some gifts. Saturday and Sunday 9a-8p and Monday thru Friday 4p – 8p. Fairview Village, NE Market and Village, just south of Halsey near the library.
The USS Ranger store is located at 1528 NE Market Drive in Fairview. Support the Ranger! Help us get it here for a museum and venue for the community. This is being done all with private dollars. 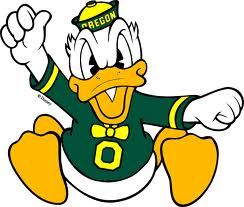 Beavs: You played hard today and I’m proud of you because you’re the class of the Pac 10.

This photo has been posted in my neighborhood from practically day one. Today I walked Lucy in the ‘hood and found this. It symbolizes loss, hopelessness. Please Kyron task force find out who took this kid.

This is where I’ll be going for my tree, wreaths and some gifts. Saturday and Sunday 9a-8p and Monday thru Friday 4p – 8p. Fairview Village, NE Market and Village, just south of Halsey near the library.
The USS Ranger store is located at 1528 NE Market Drive in Fairview. Support the Ranger! Help us get it here for a museum and venue for the community. This is being done all with private dollars.

This is a story about an obviously disturbed person. Story here and here. Sad. I’m sad and disavow anyone who would do such a thing in retaliation to the Islamofascist who prayed at this mosque who planned to bomb thousands of people Portland’s Living Room. This dude needs to find the couch

Former Multnomah County Sheriff, Gresham Police Chief and Oregon State Police officer, Bernie Giusto, joins the blog today to opine on law enforcement, politics and the way things work around here.
Being Multnomah County Sheriff in 2005 when the City of Portland stranded the FBI and the rest of us in Oregon Law Enforcement on the local chapter of Joint Terrorism Task Force was a surreal experience in any number of ways.  Initially it was hard to believe that the largest police force representing the economic, cultural and population powerhouse in Oregon would really leave the rest of us behind.
I took it personally as well. 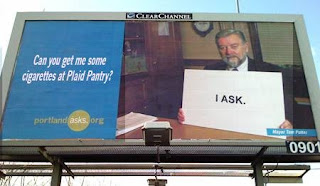 At the time Mayor Potter was asking for level of security clearance not available to any of the other police executives directly involved, including myself. Of course that would make the Mayor more special than the Sheriff.  I thought, tell me it isn’t so.  But when he couldn’t get a Top Double Secret security clearance he took his cops and went home.

The Sheriff’s Office stayed for the greater capacity we added to the JTTF mission and out of a sense of pride it brought to the Sheriff’s Office. We also had every confidence that our deputies would be the first to let us now if anyone’s constitutional rights were being stepped on or the FBI was promoting Civil Right violations in their operations.
But when the Portland City Council literally voted themselves off the domestic terrorism intelligence gathering island, I was shocked back into the all-too-often Portland reality: Political posturing, regardless of how self centered, means the rest of us will be on our own even when it comes to our basic safety. Portland had in fact turned their back on the rest of us in law enforcement– and worse– on the long term safety interests of their citizens.
As the drama unfolded back then, I thought surely the political temper tantrum aimed at the FBI was a momentary political strategy to get better parking spots for the Portland Cops assigned to the JTTF.  It certainly had no logical or even legitimate public safety value. I forgot that protecting us then from the growing and now proven terror threat was still way, way down on the to-do list.
In fact, based on my high level contacts, “Operation Dumbo,” as it was known by some of us at the time, was extraordinarily embarrassing for the Portland Police Bureau command structure. The cops were willing and able to invest in the protective mission of the JTTF and help lead the way to a safer City of Portland, Oregon and nation from their watchtower. I believe that in 2010 the Portland cops area still willing and uniquely qualified to help protect our state with their potential return to JTTF. I am not sure I can have the same confidence in those who lead the our cops. 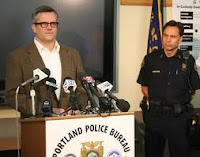 That brings us to Portland Police Chief Mike Reese who in the 2010 version of the JTTF– and Groundhog Day –seems to be missing in action. It is unimaginable that his boss would not only value his advice first and foremost but insist that from the outset he be the public voice and champion for the safety of his citizens in the days following this international event.

Instead Chief Reese either has no position on the city’s return to the JTTF or has not been allowed to take one publicly. Either of those options is unacceptable. We deserve to know his professional opinion. We deserve to know that even if his boss isn’t up to the job we are in the good hands of those trained and sworn to protect us.
In 2005 Commissioner Saltzman was the only no vote on the city council at the time for putting Portland residents, the region and nation at unnecessary risk. His position at the time took courage but, more significantly, political common sense. I will remind you that his decision to consider the safety of his citizens first has not hurt his political fortunes in the least. He has been re-elected twice since then. In fact I would argue it makes him the public safety go-to guy on the Portland Council in 2010 when it really matters. And it really matters now.
Mayor Adams and Commissioner Leonard are holding tight to the notion that what they set in motion in 2005 has no impact in 2010. But their utopian dream-world decision in 2005 turned into Portland’s nightmare in 2010. The FBI saved our butts, no thanks to the city leaders. The FBI hung out a “MIssion Accomplished” sign, but it’s too bad those responsible to protect our community had no idea that there was even a mission. Now they would like us to just get over it.

I find it curious that Commissioner Leonard, formerly known as Lieutenant

Leonard of the Portland Fire Bureau, essentially argues that since nothing really happened last Friday why tempt fate by returning to the JTTF. I wonder if he would apply the same logic to spending millions of dollars to update Fire and Rescue infrastructure, including new fire boats, replacement of fire trucks with those able to fight high structure fires and highly technical and costly training for confined space rescue, since the old models and levels of training have worked just fine for us in the past.
Surely he would agree, then, that if the Tualatin Valley Fire District on the west and the Gresham Fire Department on the east could be relied on to protect Portland citizens and property, we don’t need a Portland Fire Bureau. It doesn’t matter, right? Mission Accomplished and all that. That theory is as ridiculous as the one he is currently promoting regarding the FBI responsibility and role in terrorism intelligence gathering, arresting terror suspects in Portland and Portland’s return to the JTTF.
Delivering bad news or giving tough advice comes with the position of leadership in elected or appointed office, especially those whose job it is to protect us. (You should note that in this context the word leadership defines the responsibility of the position not necessarily the quality of leadership on display when the going gets tough). If in the view our our elected leaders returning to the JTTF is bad news then so be it.  Just say so so we can accept that perspective.  But let’s get back to the job at hand of securing our safety for the different, and likely more dangerous, world it may be in 2015.
Last Friday night Pioneer Square and its thousands of inhabitants were no more than a cell phone call away from being referred to in the past tense. Wrap your mind around that. The events defy the ability of our senses to absorb the fallout of such a crime. Who wants to contemplate such bad news as that? Not our leaders it seems. It is the honest assessment of that horrific potential which the elected Portland leadership is now failing to deliver.
There was a tremendous pride among those who were front and center when the ill advised City Council decision to leave the JTTF was made in 2005. But now in 2010 our leaders do not have the luxury of time to sleepily shake themselves from the shock. They must deal with the reality of terror in Portland.
These are the moments that reveal the true character of our leaders. Maybe we should be terrified most by those who self identify as leaders but will not face the reality that delivering bad news is in the job description.